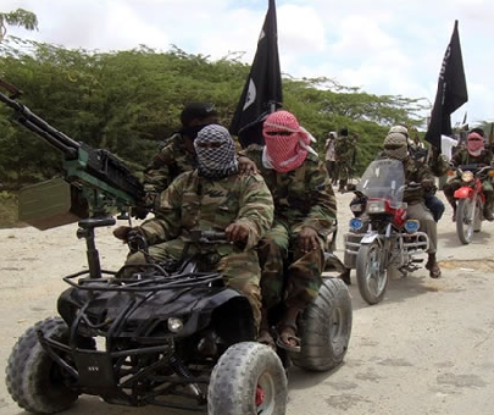 Boko Haram terrorists launched an attack in Geidam local government area of Yobe State on Friday evening, April 23. The insurgents shot sporadically, causing some residents to flee into the bush while others hid in their houses. Geidam is the hometown of the acting Inspector General of Police, Mr. Usman Alkali Baba. According to sources, a military jet has been deployed to the town to dislodge the insurgents. Geidam is about 200km from Damaturu, the Yobe State capital and one of the border towns between Nigeria and Niger Republic. It also shares a boundary with Borno State from the north. The town previously came under attack on February 9, shortly after the newly appointed Chief of Army Staff, Ibrahim Attahiru visited troops. According to previous reports, Geidam has been attacked four times this year by Boko Haram insurgents. Today's attack is coming few hours after the state security council meeting with traditional rulers, local government chairmen, among other stakeholders. Information on the number of casualties involved in Friday’s attack is yet unknown.The post Boko Haram attacks new IGPs hometown in Yobe appeared first on Linda Ikeji Blog. Source