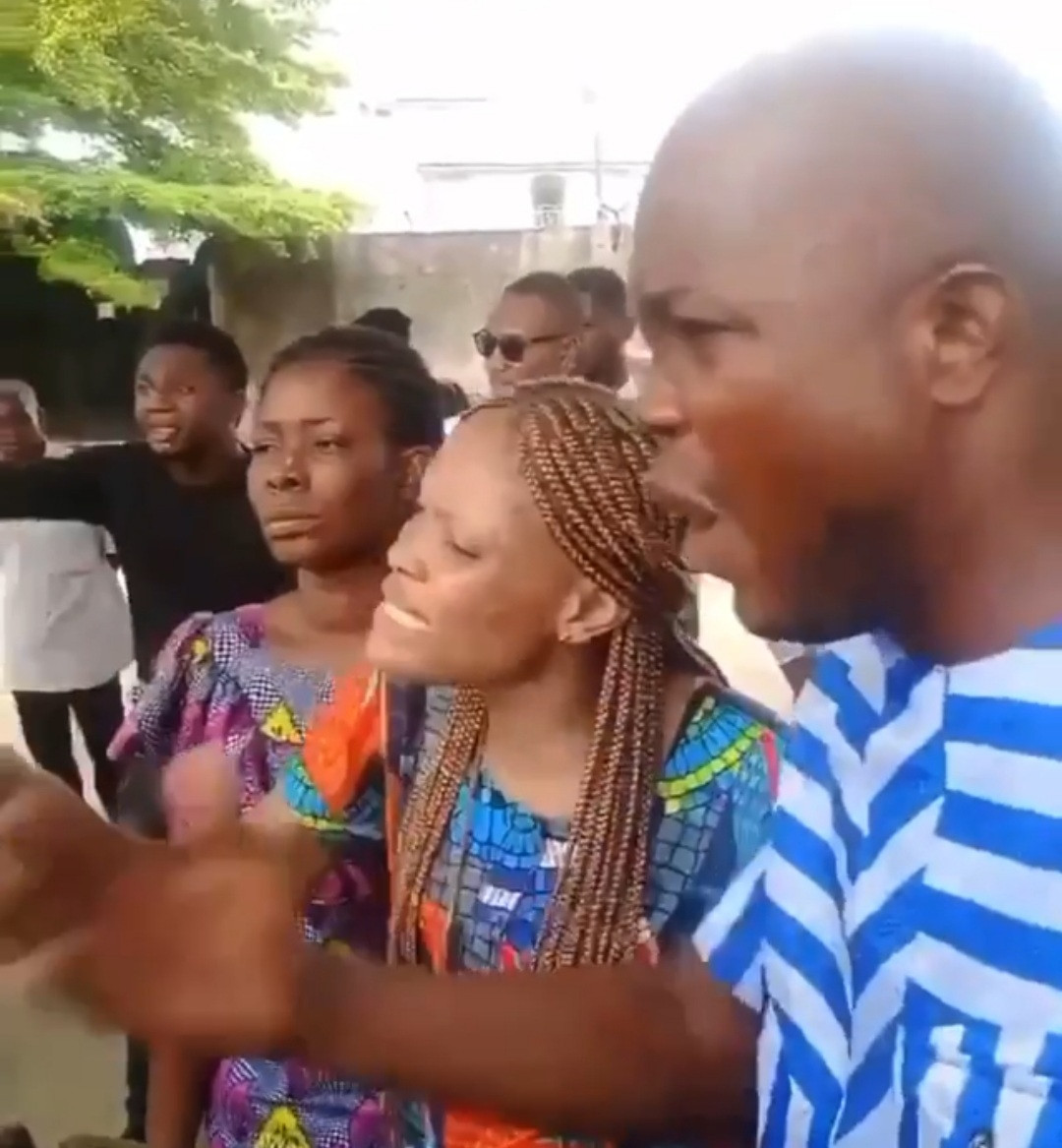 The family members of murdered Akwa Ibom job seeker, Iniobong Umoren, were filmed asking to see their sister's corpse today, May 2. Iniobong was raped and murdered after she went on Twitter to announce she was looking for a job. Someone had sent her a message about a job opening and invited her for an interview. She informed family members and her friend and kept them updated until the final call where she was heard screaming. Umoh Uduak, the friend who was checking up on Ini Umoren when she left for the interview and raised alarm when she didn't hear from her again, has been retweeting posts that alleged the man fingered in connection with Ini's murder is in the habit of doing such and he's in it together with his family members. She also retweeted a tweet claiming the alleged killer is related to his local government chairman and confessed to the crime but was allowed to escape.  A video shared online shows family member of the deceased, asking for the police to release their sister's corpse to them. "If the police is transparent, they should release the body," one person is heard saying in the video. 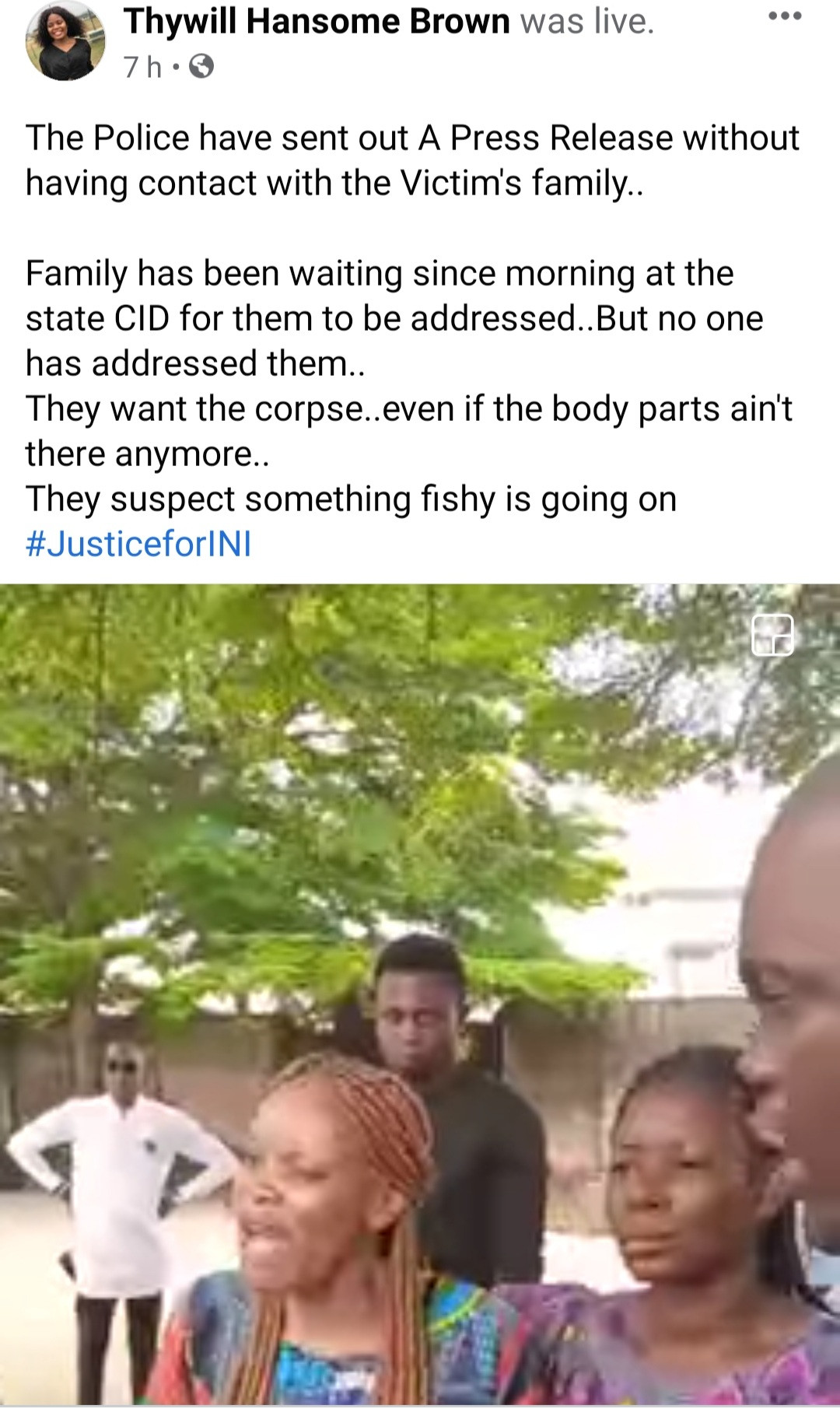 The police have responded. They said the suspect has been caught and he took them to the shallow grave where Ini was buried. They added that the body of the deceased has been taken to Univeristy of Uyo Teaching Hospital (UUTH). "The essence of doing that is so that autopsy can be conducted," a police spokesman said. 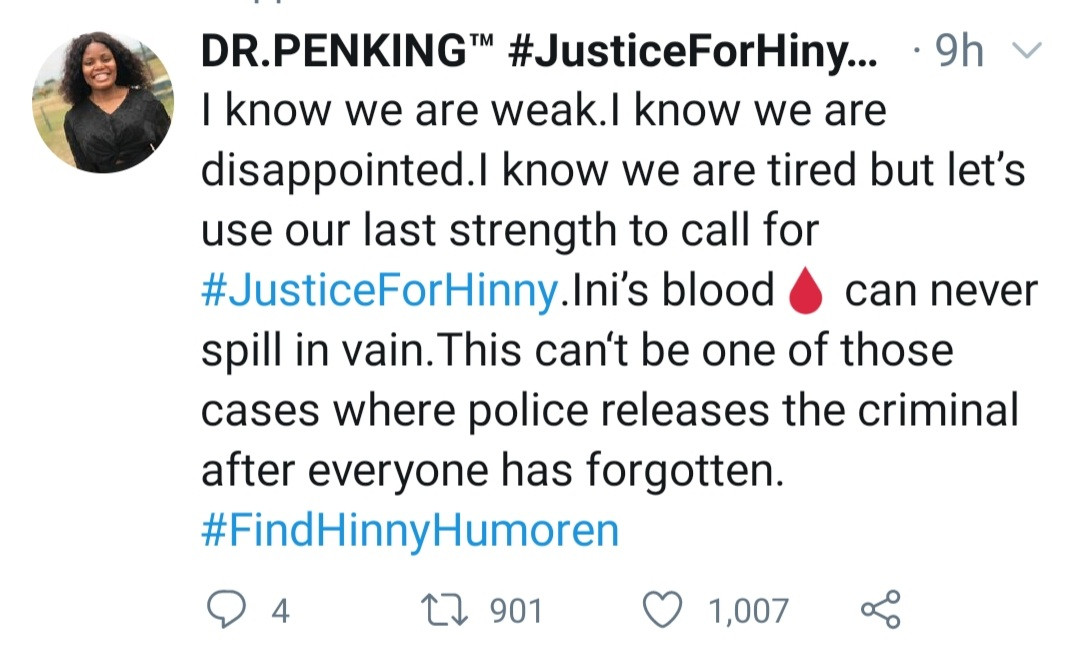 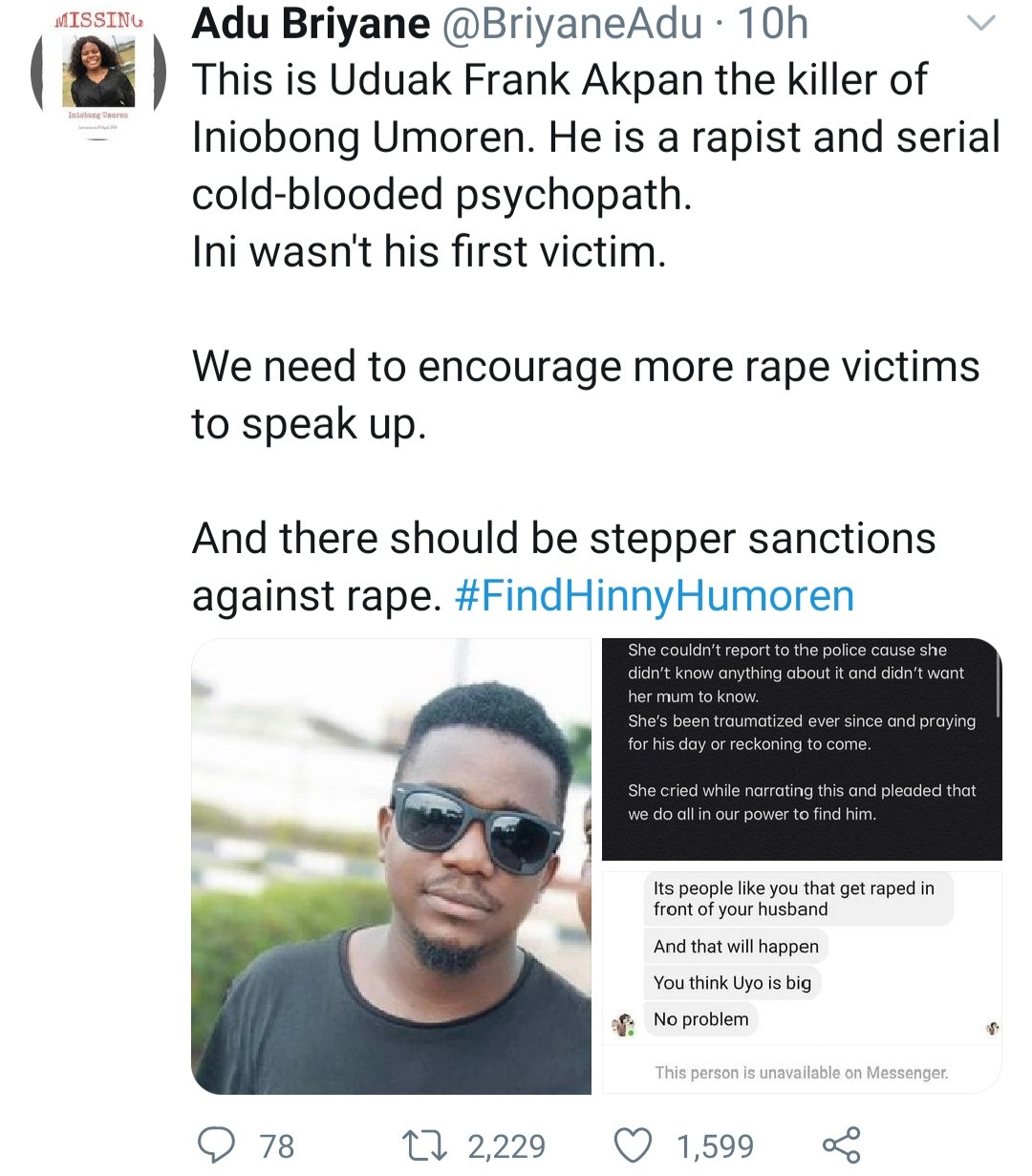 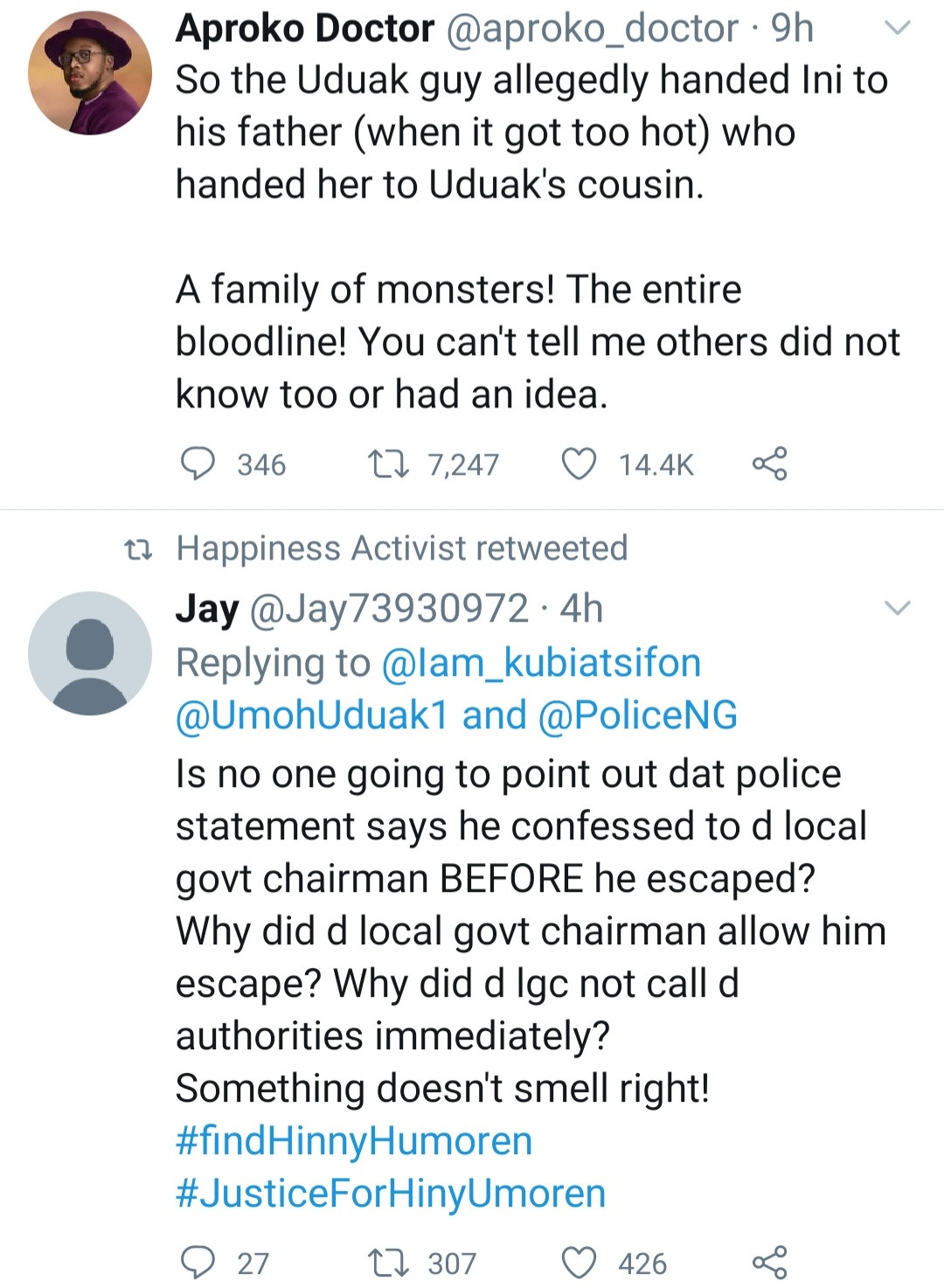 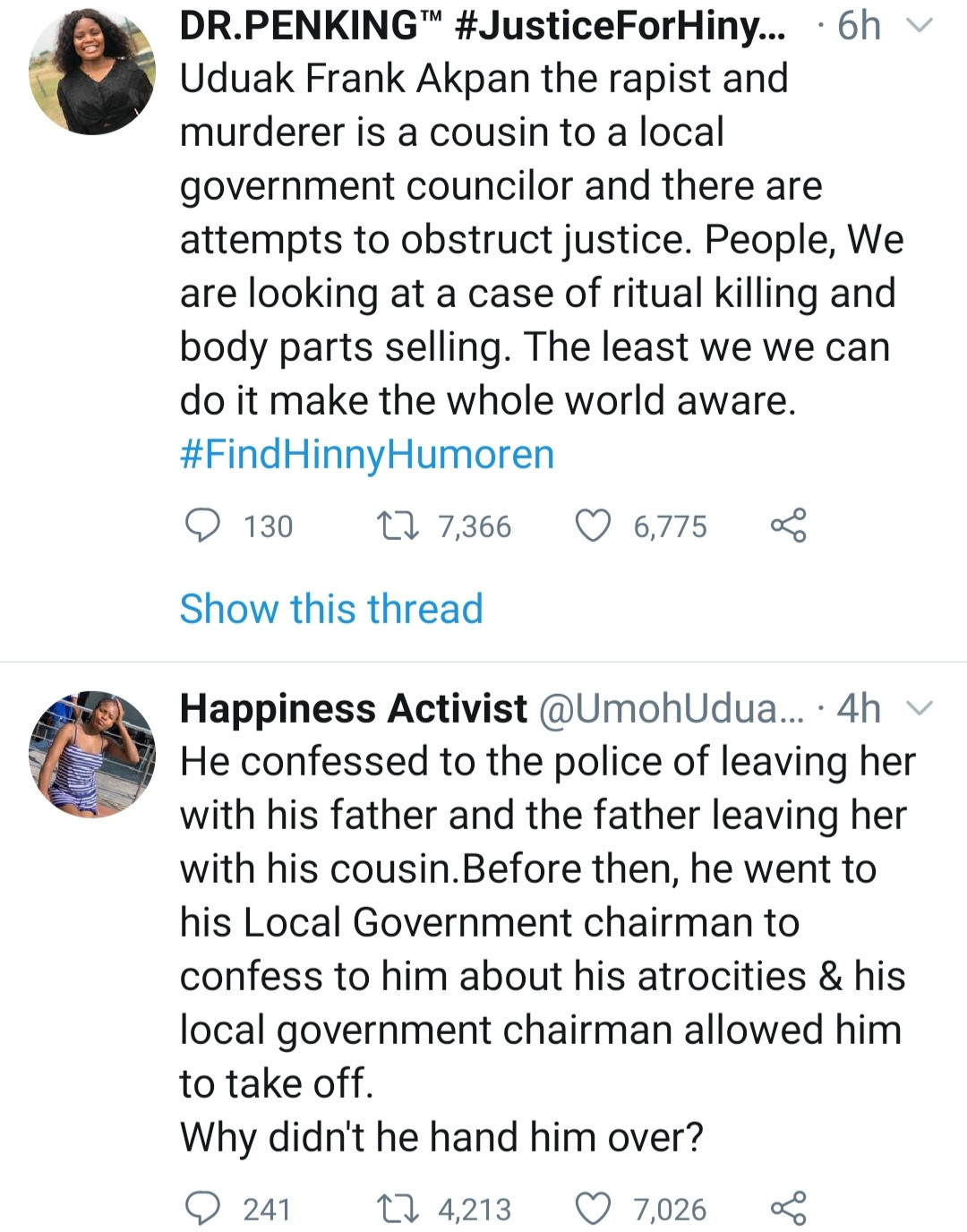 Below is a video of Ini's family members asking to see her corpse.      View this post on Instagram           A post shared by Lindaikejiblog (@lindaikejiblogofficial)The post Bring our sister’s corpse, we want to see her – family members of murdered Akwa Ibom job seeker, Iniobong Umoren, cry out (video) appeared first on Linda Ikeji Blog. Source