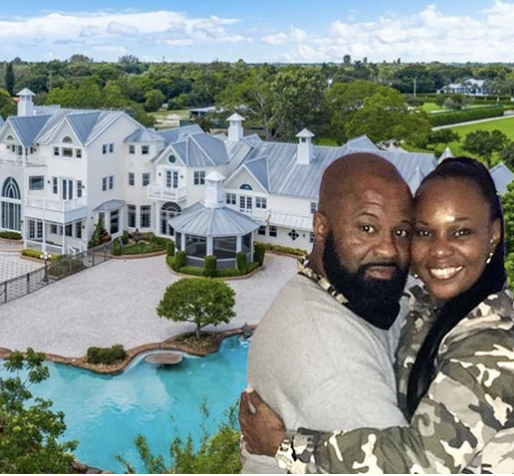 Police were called on a couple after they arrived at a mansion that isn't theirs to hold their wedding. Wilson and Shenita Jones sent out a wedding invitation to friends asking them to attend their lavish wedding at a 16,300 square foot mansion complete with a tennis court, bowling alley and pool with a waterfall. The couple, who referred to themselves as "the Royal couple", claimed they owned the sprawling $5.6 million mansion with 15 bathrooms. The couple said their Saturday afternoon ceremony would be followed by a red carpet cocktail hour and a reception lasting past midnight. Sunday brunch would be from noon to 4. An invitation on an elaborate wedding website read: "It is our honor to welcome you into our dream home and Estate, to share this special occasion with us. "We are excited to celebrate our wedding night with you and look forward to a wonderful evening of celebration, exquisite feast and dancing. At our Royal Extravaganza!" 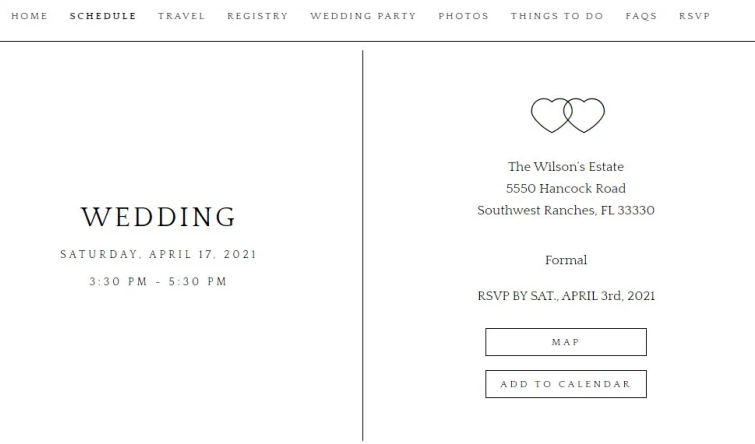 They called the Southwest Ranches mansion their "dream home" and they said God sent them a message to hold their dream wedding there. However, the owner of the house didn't receive the same message from God. Nathan Finkel's late father, who owned the mansion, was an early IHOP restaurant franchisee. Finkel recently listed the home for over $5 million. Finkel was baffled when Wilson showed up outside the gate on Saturday morning, April 17, to set up for the wedding. The homeowner told Wilson he never gave them permission to hold their wedding there. 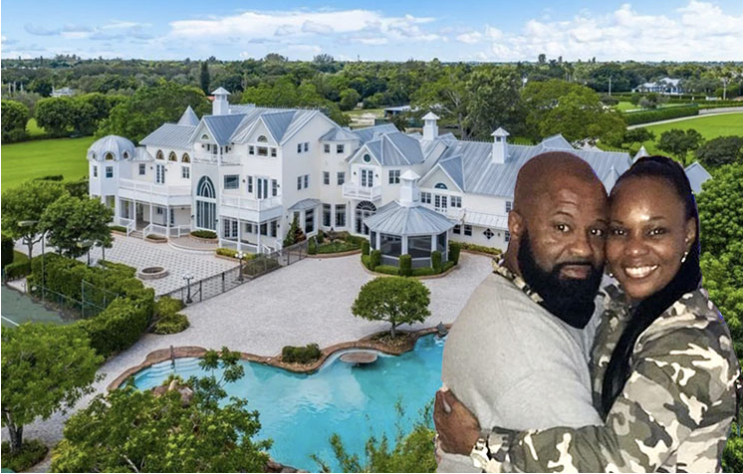 Finkel immediately called 911 and told the dispatcher: "I have people trespassing on my property.  "And they keep harassing me, calling me. They say they're having a wedding here and it's God's message. I don't know what's going on. All I want is (for) it to stop. And they're sitting at my property right at the front gate right now." Police arrived promptly and told Wilson and his friends to leave the venue. No arrests were made. Mr Wilson allegedly posed as a prospective buyer and visited the home multiple times several months before the ceremony. He fell in love with the property and fancied himself and his new bride living there. Then he received the "Divine message from God" telling him the home was his for free. He thought the house was vacant and didn't realize Nathan Finkel lived on the property in a different home. He was said to be shocked on the wedding day when he arrived to set up and found that the owner was home. When approached by reporters, Mr Wilson said: "I don’t want to talk about it". It is not clear what became of the wedding and the guests they had invited. Broward County records show a marriage license has been issued to the couple last week, but they had not registered as married by Wednesday, April 21.The post Couple invites guests to attend their wedding at mansion that isn’t theirs after ‘God sent them a message to hold their dream wedding there’ appeared first on Linda Ikeji Blog. Source