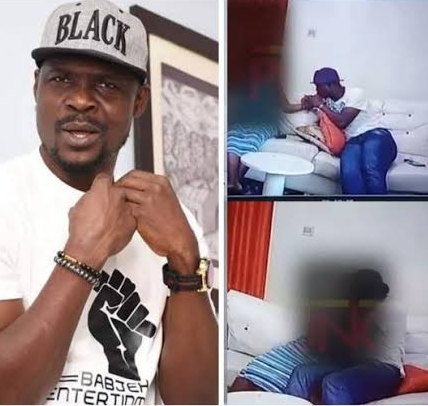 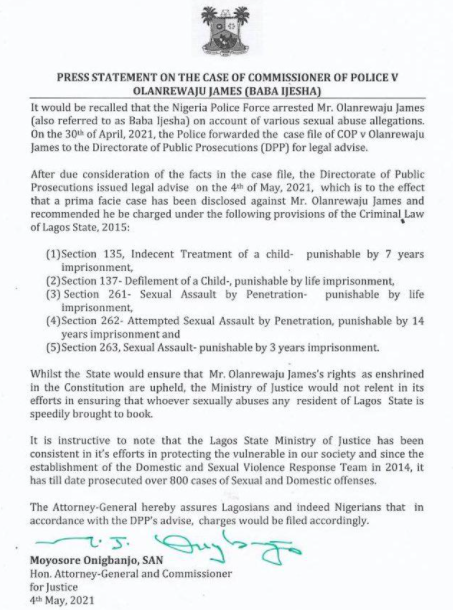 Olarenwaju James popularly known as Baba Ijesha was arrested by the Lagos Police Command after he was seen in a CCTV footage sexually abusing comedian Princess' 14-year-old foster daughter whom he’s also alleged to have abused seven years ago. Princess has since reacted to the development. Taking to her Instagram page she wrote: "God does not sleep. Children are the heritage of God" 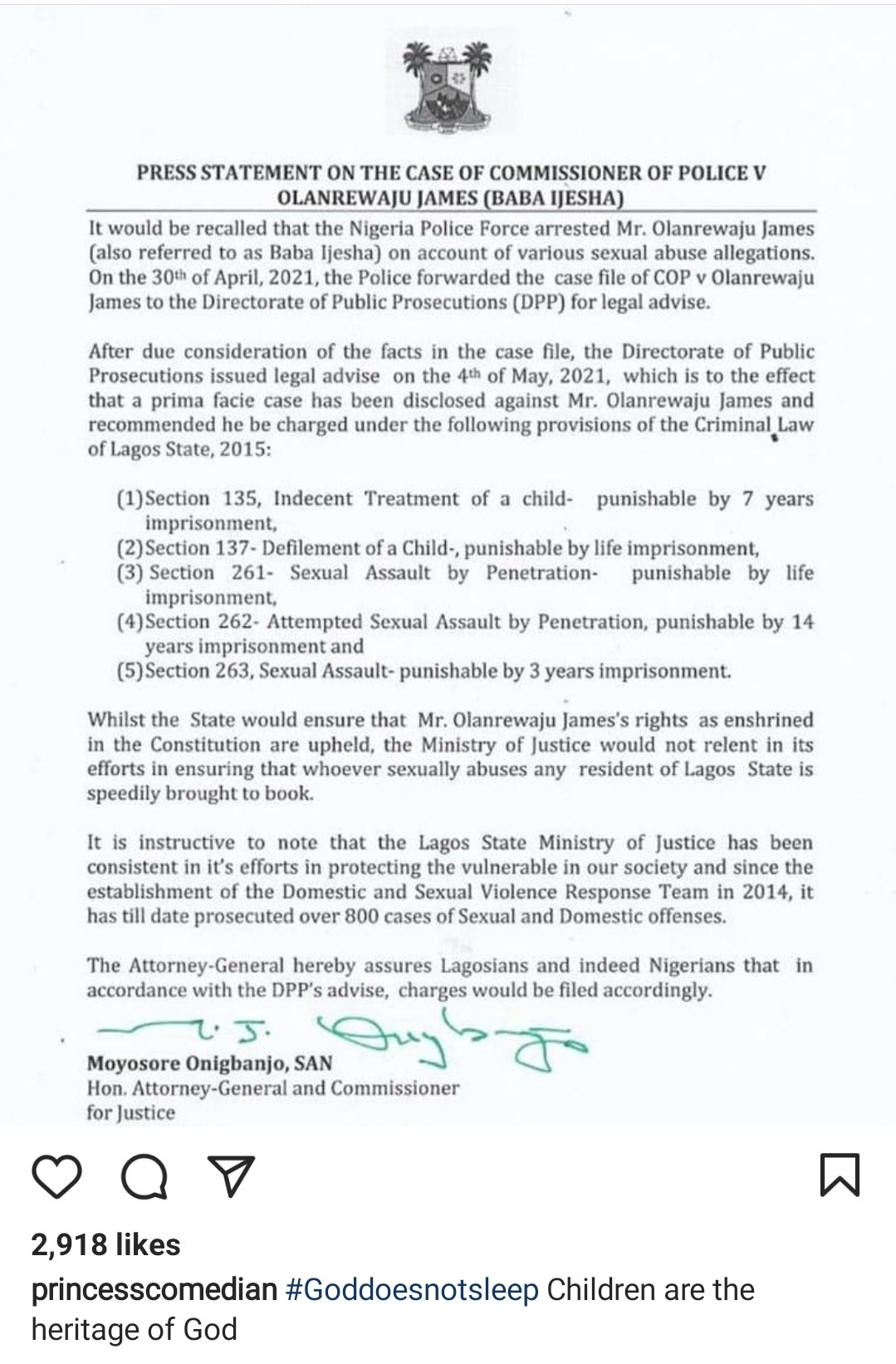 The post Directorate of Public Prosecutions recommends that Baba Ijesha be hit with 5 charges, including defilement of a child and attempted sexual assault by penetration appeared first on Linda Ikeji Blog. Source