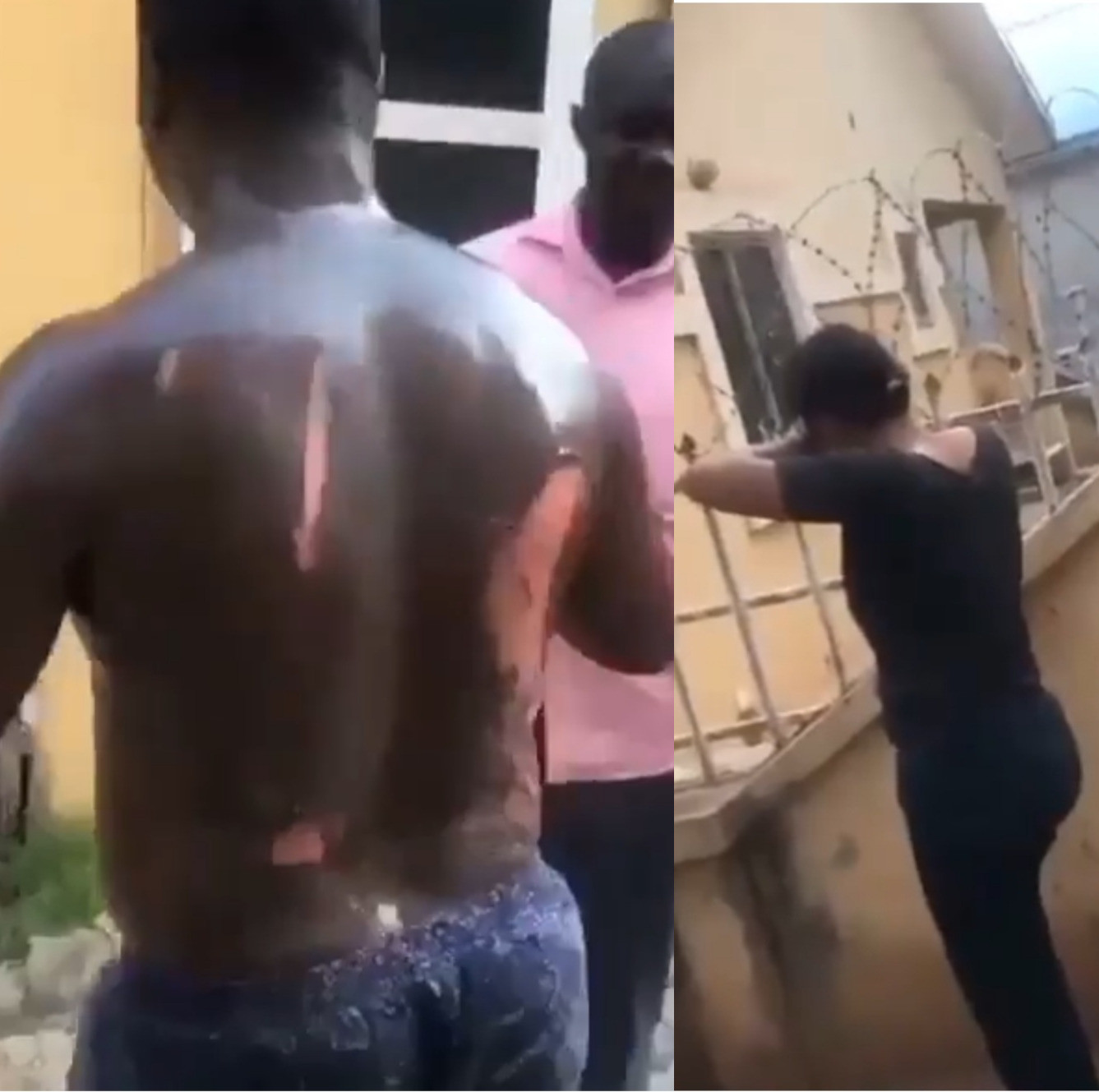 A video of a side chic being confronted after she allegedly bathed her married lover with hot oil in Abuja has been shared online. In the video, the married man is topless to reveal the damage done to his skin. He suffered burns on the skin on his back and stomach, with some parts peeling already. 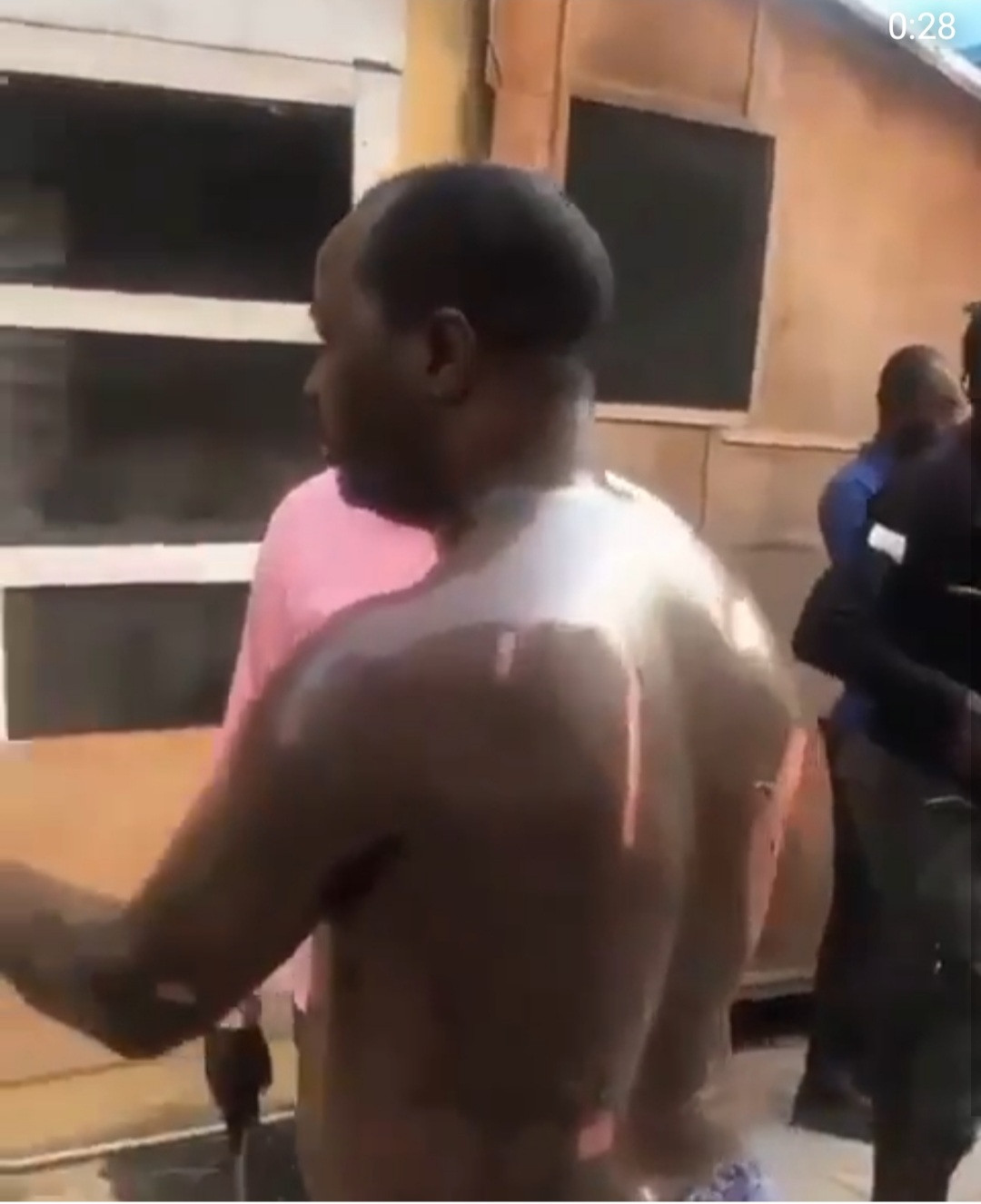 Spectators are heard confronting the side chic, who tries to hide her face from the camera. 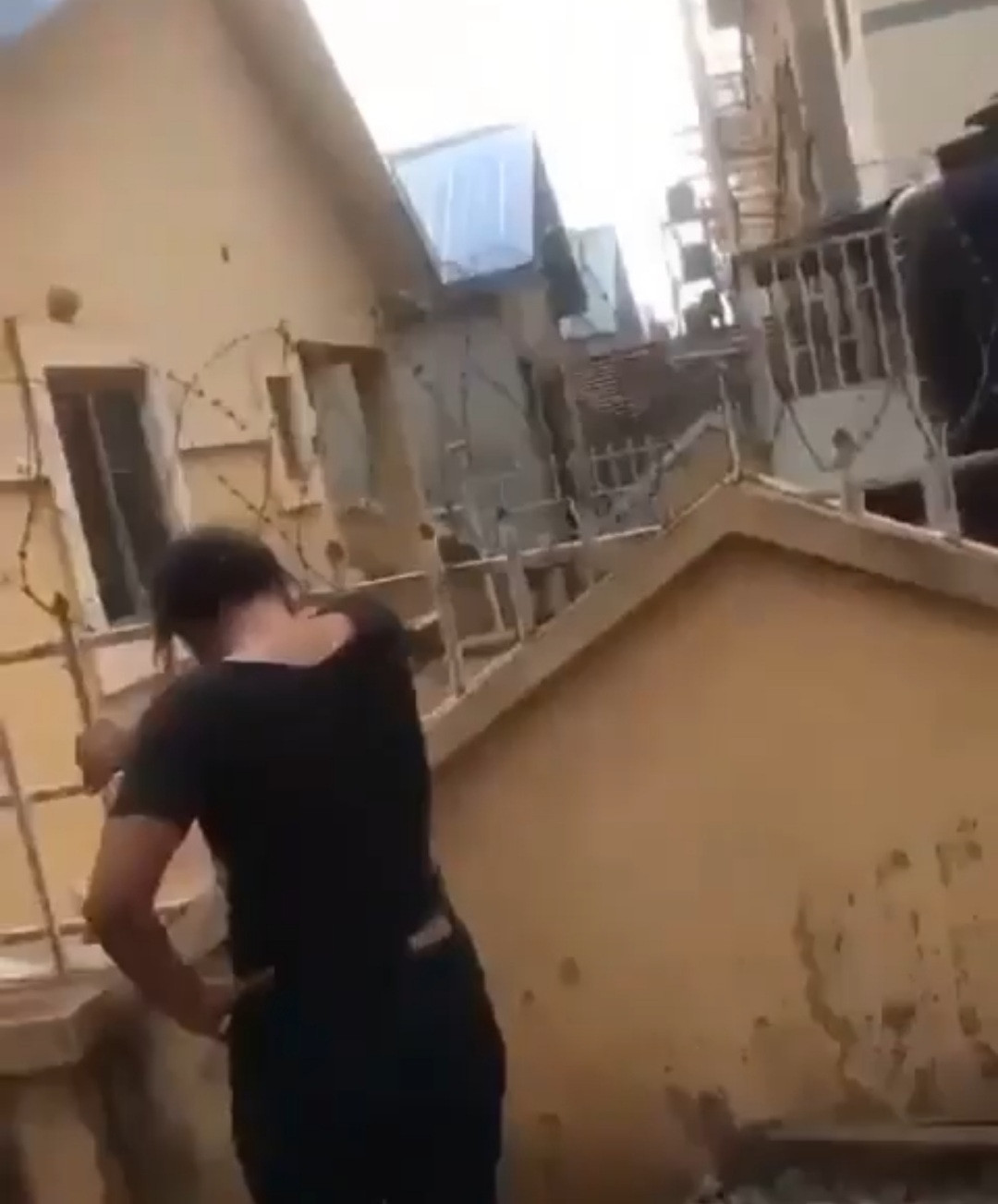 They are heard saying that this isn't the first time the young woman has tried to harm her married lover. He reportedly escaped alive the first time. Then she made another attempt on his life. In the recent case, the man reportedly called on the side chic to visit and she did. After they had spent some time together, the man went into the bathroom while the side chic allegedly went into the kitchen to heat up oil. She waited for him and as soon as he exited from the bathroom, she bathed him with the hot oil. The side chic reportedly claimed the married man is in the habit of raping her whenever she visits him, hence the attack. Watch the video below.      View this post on Instagram           A post shared by Lindaikejiblog (@lindaikejiblogofficial)The post Drama as Abuja side chic allegedly heats oil and pours it on her married lover (video) appeared first on Linda Ikeji Blog. Source