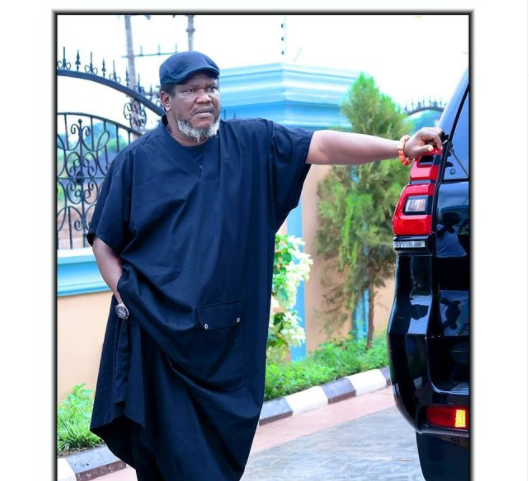 Nollywood actor and filmmaker, Ugezu J. Ugezu has described the Buhari-led administration as a "colossal disaster" while reacting to insecurity in Nigeria. In his post, he stated that the insecurity in the country has overshadowed what Nigerians experienced during the time of ex-president Goodluck Jonathan. But admitted that the Goodluck- led administration also had lapses too. The actor also went on to say that the " injustice, administrative recklessness, high-handedness, and impunity in APC Nigeria is of proportion unprecedented" in Nigerian history.Lastly, he lashed out at those still defending what he describes as a "completely failed government."He wrote: The insecurity in Nigeria has dwarfed what we experienced during President Goodluck Jonathan.Truth is….. President Goodluck and the PDP were not good. But this APC is a colossal disaster.The injustice, administrative recklessness, high handedness and impunity in the APC Nigeria is of proportion unprecedented in our history.Shame on anyone still defended a completely failed government. 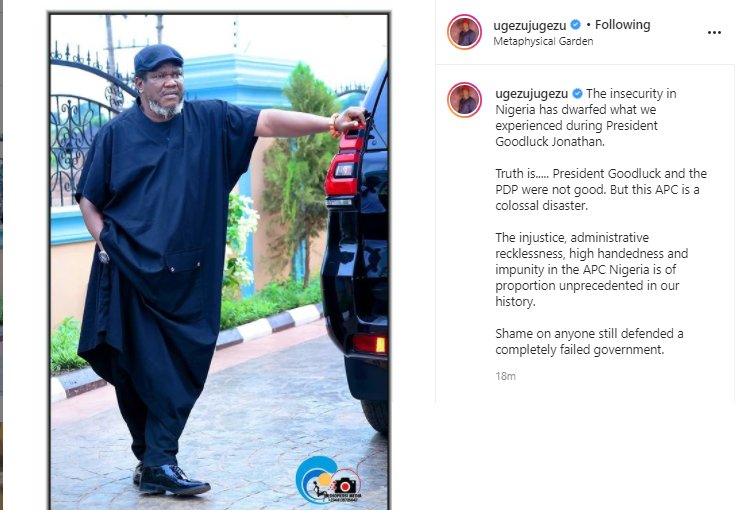 The post “Ex-President Goodluck Jonathan and the PDP were not good, but this APC is a colossal disaster” – Nollywood actor, Ugezu J. Ugezu reacts to insecurity in Nigeria appeared first on Linda Ikeji Blog. Source