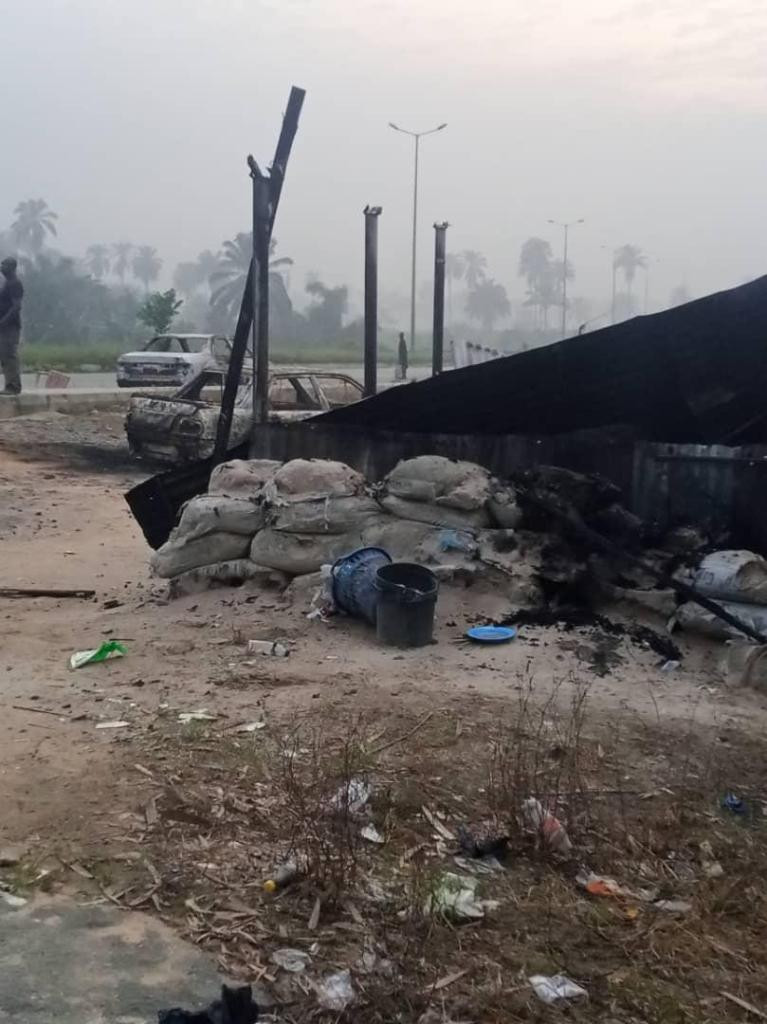 Gunmen who struck on Saturday evening, April 24, in Rivers state, reportedly killed 9 security operatives at different security checking points in the state. An eyewitness Chidadi who spoke to Vanguard, alleged that the invaders attacked four security checking points on the Owerri-Port Harcourt road. He said four policemen, three Nigeria Customs operatives and two soldiers, believed to be Airforce personnel in the JTF died in the attack. It was also learnt that the killers beheaded two of the security operatives killed at a Joint Task Force, JTF, a military close to the Port Harcourt International Airport, Omuagwa in Ikwerre Local Government Area of Rivers State. It was reported that the gunmen who attacked a Nigeria Customs checking point at Isiokpo Umuanwa interchange killed four persons and burnt down NC operational van, commenced the attack at Elele and stretched uninterrupted till Omuagwa community Jn Ikwerre LGA, adding that they carted away guns and two operational vehicles of the security posts. They also reportedly made an attempt to burn down the Ikwerre LGA headquarters in Isiokpo Community, recently renovated by the LGA chair, Mr Samuel Nwanosike, but were resisted by a local vigilante in the area, Isiokpo Security Planning and Advisory Committee, ISPAC. The source told the publication;  “There was serious attack on security checking points on the Port Harcourt-Owerri road. About eight security men were killed.“The boys that are still unknown came at night and attacked the a JTF checking point and killed three soldiers and two police They also attacked a Nigeria Customs’ checking point and killed three operatives.“They were trying to attack the Police Area Command in Isiokpo and the local government council headquarters before ISPAC, a local vigilante engaged them.” The state police spokesperson, Nnamdi Omoni who confirmed the incident said the Commissioner of Police in the state, Mr Friday Eboka has ordered full scale investigation into the attack. He also assurred the general public that the culprits will be arrested and prosecuted. Omoni said;  “I can confirm the attack on security Personnel along the Omagwa/Isiokpo/Elele Owerri Road. Details sketchy.“The CP has launched a full scale Investigation into the dastardly attack with a view to arresting the perpetrators and bringing them to justice.“Meanwhile, area is calm with reinforced and increased joint patrols of that stretch and other areas in the state by the security agencies. So far, the State is calm and secure and no cause for alarm.”The post Gunmen kill policemen, custom officers and air force officers in Rivers state appeared first on Linda Ikeji Blog. Source