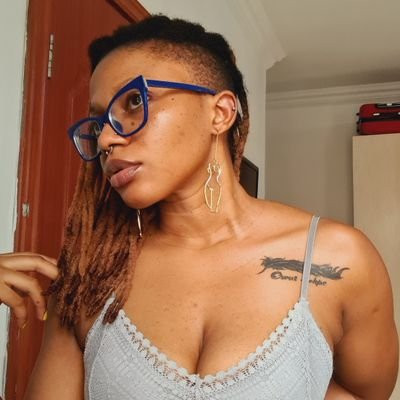 Nigerian lesbian filmmaker and producer, Uyaiedu Ikpe-Etim has recalled how bad she felt when her brother said gay people should be killed. According to Ikpe-Etim, she was still in the closet when her brother stated this.  "I just randomly remembered something horrible. It was 2013, just before the SSMPA was signed into law. My brother and I were arguing about it. Then, my brother said to me (a closeted lesbian): "left to me oh, I think gay people should be killed". m. I think I died that day" she tweeted. 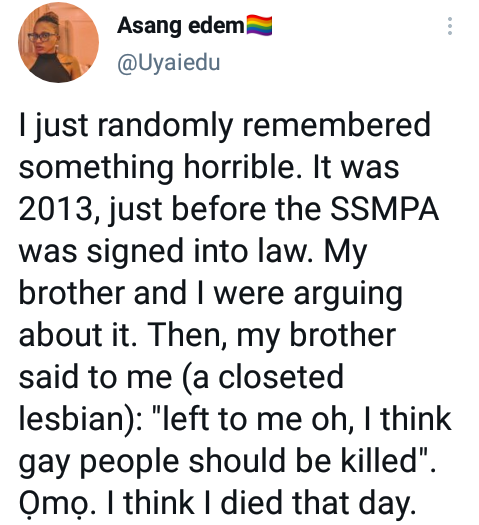 The post “I think I died that day” – Nigerian lesbian filmmaker, Uyaiedu Ikpe-Etim recalls when her brother said gay people should be killed appeared first on Linda Ikeji Blog. Source