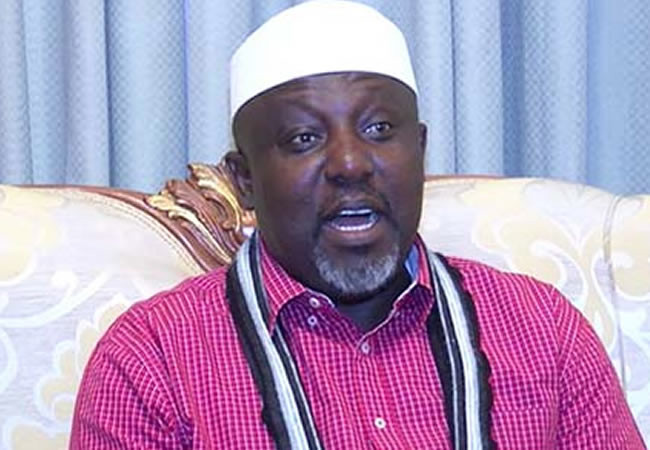 Former Imo state governor, Rochas Okorocha, says the rising insecurity in the country can be attributed to injustice and failed family system in the country. Okorocha said this while receiving an award of excellence from the United Business Women Association of Nigeria and Diaspora recently. In his words; “A woman is a special creation by God. Women are givers and custodians of life. Nations that ignore their women are considered failed nations while nations that make good use of their women are called developed nations.So, if Nigeria must rise again, then we must make a turnaround and look at the women. If we don’t carry the women along, we are in for a very serious trouble.If any nation must get it right, it has to start from the family. It is the bad family system that we have today that has given rise to insurgency and other criminality in the country.No sane woman who gives birth to a child will allow the child to go astray.The problem is that we have not taken care of the women and we have not empowered the women. Whatever you give a woman is what you get in return. While we men have succeeded in dividing this country along religious and ethnic lines, the women have remained a force of unity. For as long as we have not empowered the women in the house to give us good family, for as long as our politicians continue on the path of injustice, insurgency, kidnapping will never stop”The post Injustice and failed family system responsible for insecurity in the country – Senator Okorocha says appeared first on Linda Ikeji Blog. Source