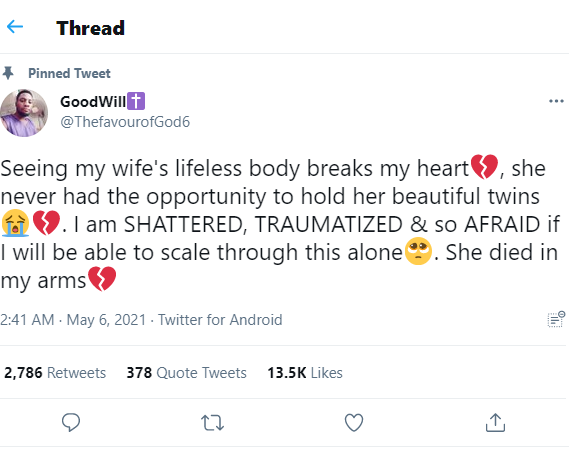 A man is mourning his wife who died in his arms after welcoming twins. He explained that his wife never got to hold their twins before she died. He added that he's shattered and doesn't know if he'll be able to do it alone. He tweeted: "Seeing my wife's lifeless body breaks my heart, she never had the opportunity to hold her beautiful twins. I am SHATTERED, TRAUMATIZED & so AFRAID if I will be able to scale through this alone. She died in my arms." Twitter users have sent him message of support after his tweet went viral. 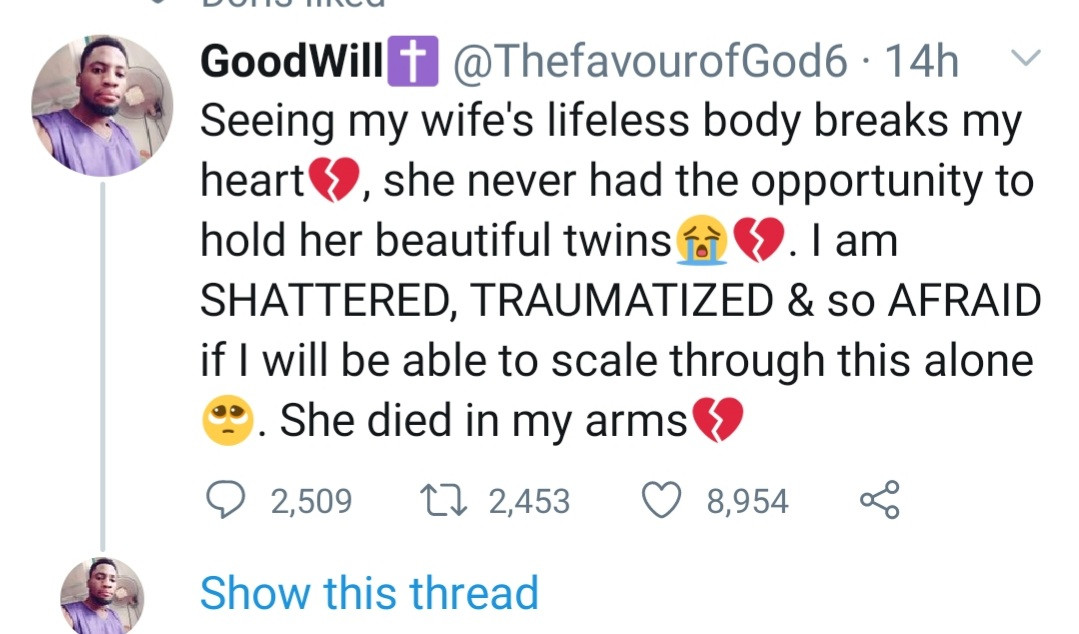