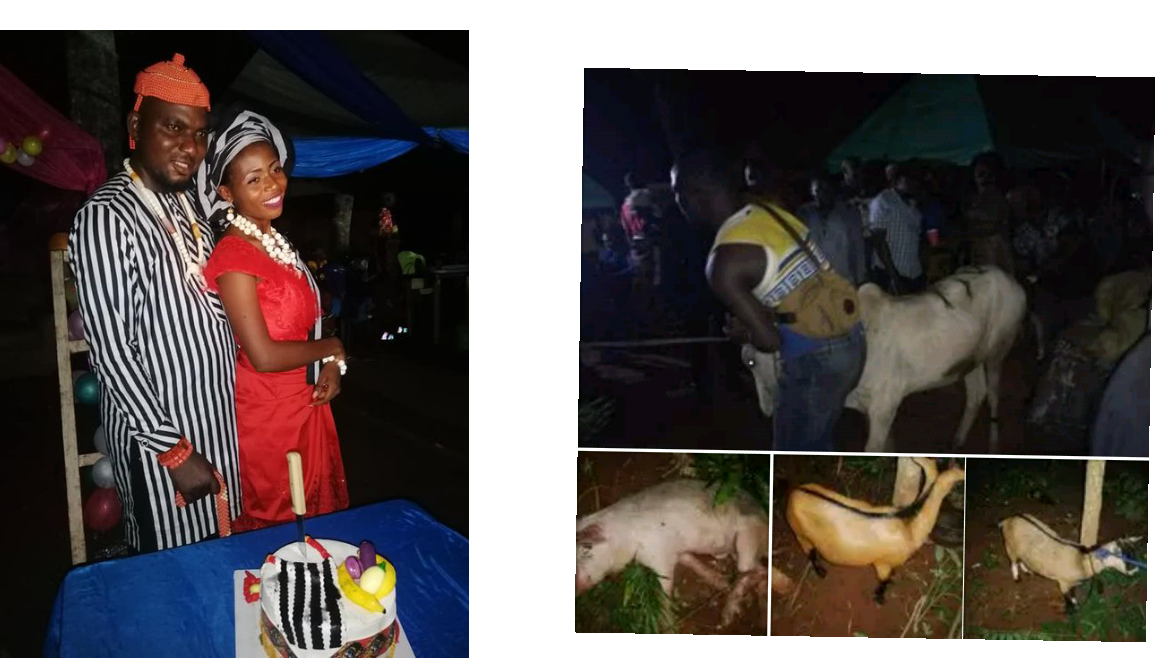 A groom from Benue state, Prince Aondona Ornguga has shown off the livestock he presented to his wife's family during their traditional wedding held in Enugu.  Ornguga posted photos of the cow, two goats, a pig and said that the chickens were on fire so he couldn't capture them.  "My in-law's deserve more than this. I nyam mom kpa i ban ga. Hastings Uhia, the chickens you saw me with is on fire now so i couldn't capture them." he wrote.  He also got into a little argument with a man who won't let him blow his trumpet in peace by pointing out that there are only three animals in the photo. 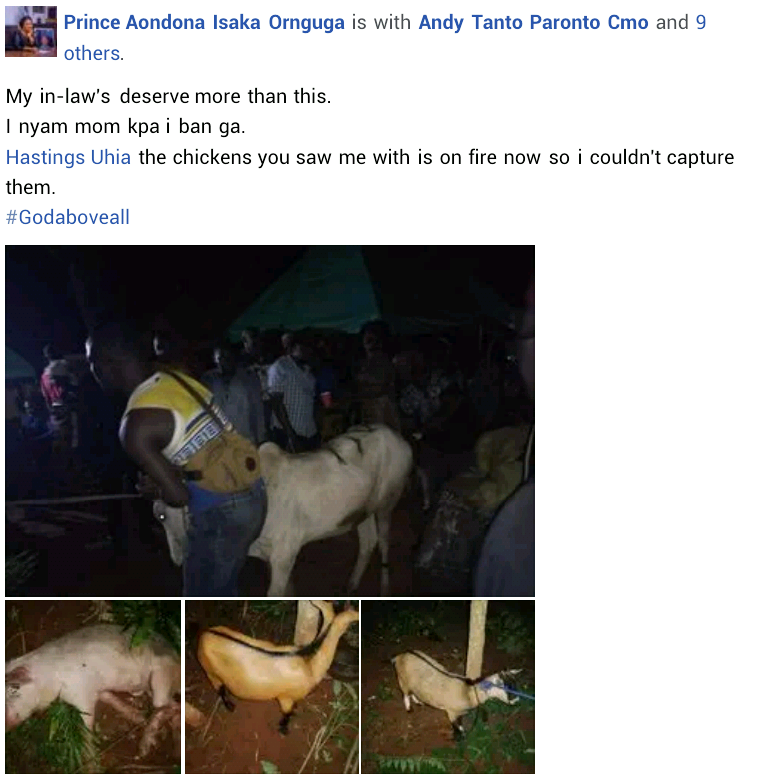 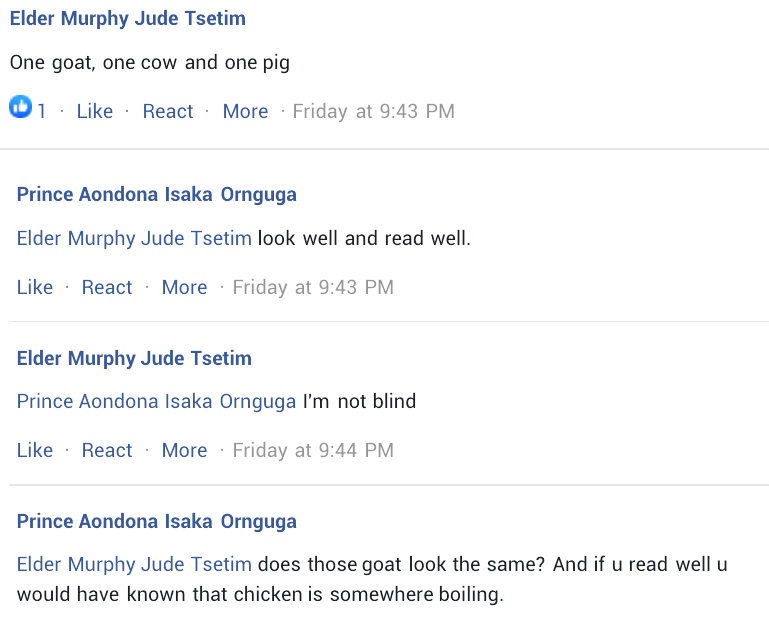 The post “My in-laws deserve more than this” – Benue groom shows off cow, goats and pig he gave his Igbo wife’s family for traditional wedding appeared first on Linda Ikeji Blog. Source