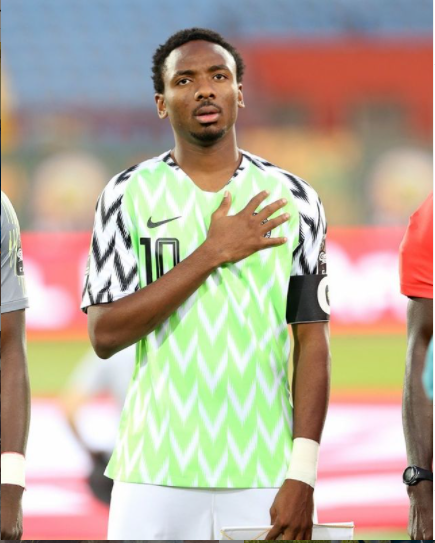 Nigerian striker, Kelechi Nwakali has debunked reports he is considering dumping Nigeria for another country.  Mr. Allwell Nwakali, elder brother and agent to 2015 U17 World Cup winner, Kelechi Nwakali, had recently stated that his brother his studying approach from other countries about switching nationality. Nwakali made the disclosure while interacting with newsmen in Owerri on Monday May 10. "Some agents of foreign countries have approached Kelechi for a switch of allegiance so he would play for their national teams. "Well, I cannot confirm if he has given it a consideration because I know his wish to play for the Super Eagles. He is still studying the proposals and has yet to take a decision. "For a player who wrote the name of Nigeria in global football by winning the FIFA U-17 World Cup in 2015 as captain of the team, Nigeria is in his heart," he said. The 22 year old, who plays for Spanish club AD Alcorcón, on loan from SD Huesca, however took to social media last night to deny the news. “Dear fellow Nigerians, contrary to reports circulating in the media, I remain committed to serving my country. It is always an honour to wear the green and white of Nigeria and it is my dream to continue to do so,”he wrote on Instagram. “I categorically deny these reports and will continue to work hard until I am called upon. I am hugely proud to have represented Nigeria at various levels and am grateful to have had these opportunities in my career thus far. “I have never considered playing for another nation and continuing to play for Nigeria at international level remains my priority.” 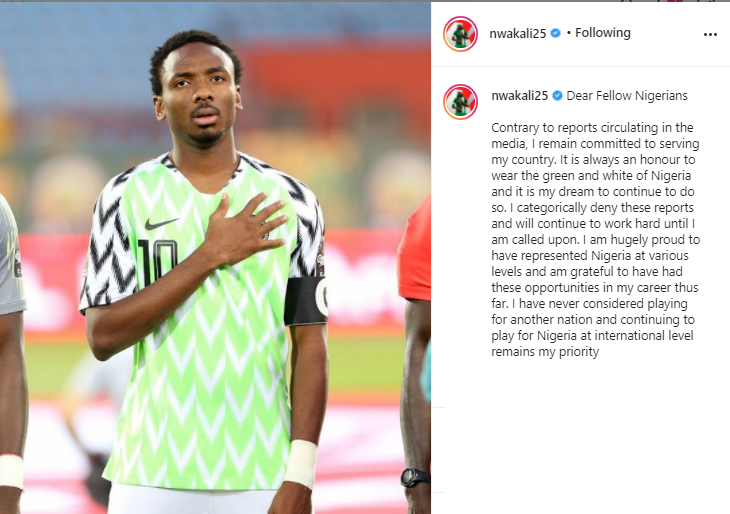 Kelechi Nwakali was captain of Nigeria’s U-17 side that won the FIFA U-17 World Cup in Chile in 2015. The post Nigerian striker, Kelechi Nwakali denies plan to dump Nigeria for another country appeared first on Linda Ikeji Blog. Source