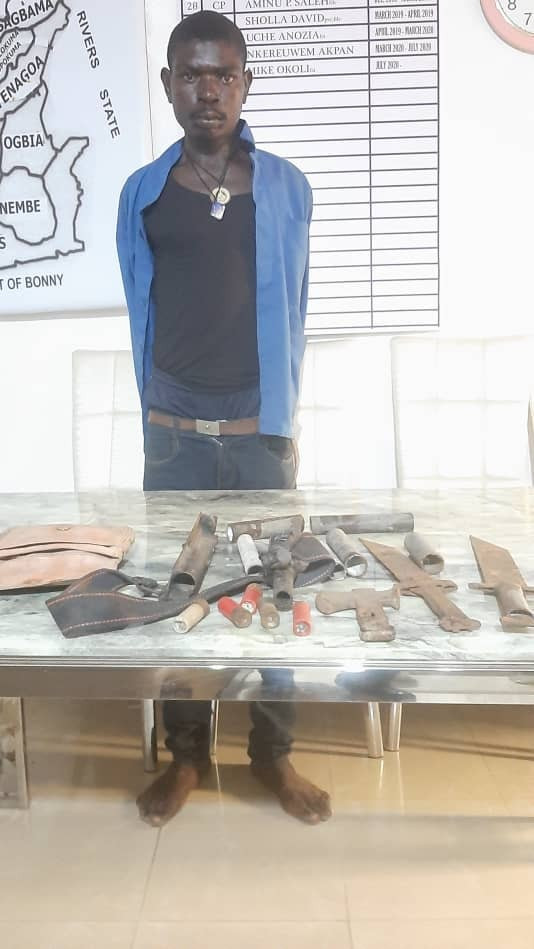 Bayelsa State Police Command has arrested a 28-year-old man, Victor Ogon, who supplies guns to criminals in the state. Spokesperson of the command, SP Asinim Butswat, who disclosed this on Wednesday, April 28, said the suspect was arrested by operatives of the Anti-kidnapping Unit following a tip-off. "The suspect, Victor Ogon, from Agudama-Epie, Yenagoa, a notorious member of the dreaded Bobos cult group has produced and sold several locally made guns to cultists and armed robbers in Bayelsa State," he stated.  “Detectives are on the trail of some of the cultists who had purchased some locally made arms from him," "The Commissioner of Police Bayelsa State Command CP Mike Okoli, calls for continued support from members of the public to enable police to succeed in the arduous task of fighting crime and criminality in the state," he added. The post Police arrest notorious cultist supplying guns to criminals in Bayelsa appeared first on Linda Ikeji Blog. Source