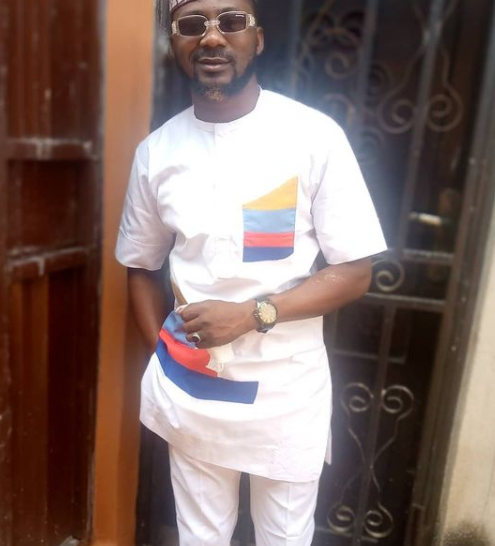 Popular comedian and actor, Abimbola Olasunbo popularly known as Sir Koro has apologized after saying that Comedienne Princess and embattled Yoruba actor, Olanrewaju James popularly known as Baba Ijesha were dating prior to his arrest for raping a minor who is Princess' foster daughter.  The Nation reported that Sir Koro in a video he shared earlier on Instagram, alleged that Comedienne Princess and Nollywood actress Iyabo Ojo deliberately set up Baba Ijesha.  He said;  “I do not support Baba Ijesha, let me clear that air, but I want every man to know that no man is a freeman, when the home is empty, everyone is a thief.“There is a secret behind all of these dramas, especially with Iyabo Ojo’s insistence on pursuing the case to the letter.“Do you know that Aunty Iyabo has been raped before? Please don’t be offended Aunty Iyabo, it is because I know how pained you are over the matter. The secret about Aunty Iyabo’s rape is also known to Baba Ijesha and it is a top secret and this why Aunty Iyabo felt offended.“Princess and Baba Ijesha have  avery intimate relationship for many who don’t know. They are dating themselves.Princess and Aunty Iyabo are very good friends, it was when they spoke about it that they decided to confirm and set Baba Ijesha up.“CCTV was not used in setting Baba Ijesha up, all those who have CCTV camera either at home or office, is it fixed to the ground level?“The two men that were seen leaving in the video were the ones who came to set the 60D camera. CCTV does not pick voice but this particular camera picked their voice conversation.“You will see in that video that the girl was the one who made the first move towards Baba Ijesha, then he made advances too and embraced her.” The actor who in the said video insisted that it was a deliberate set up, also questioned why the girl was stationed to sit in the same spot even when she left to get something.  Sir Koro alleged that the matter went public after Princess aborted a baby for the minor. He concluded by urging the government to arrest Princess, the girl and the two men who were involved in set-up, before passing its final verdict on Baba Ijesha. He has however recanted all he said in a new video he shared. The actor claimed that he was under duress when he made the allegation.  According to him, he was held at gunpoint by some unknown persons who forced him to make the false allegations. He pleaded with Iyabo and Princess to forgive him. Watch the new video below…..      View this post on Instagram           A post shared by Lindaikejiblog (@lindaikejiblogofficial)The post Rape: Actor Sir Koro apologizes after alleging that Baba Ijesha and Princess dated (video) appeared first on Linda Ikeji Blog. Source