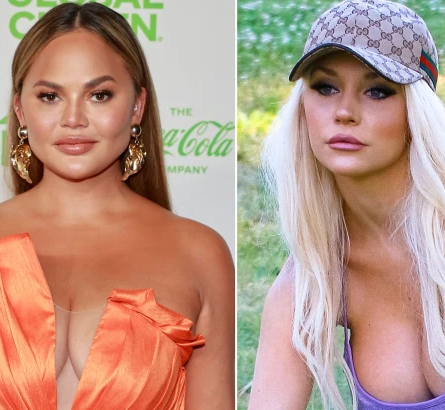 American model, Courtney Stodden, claims Chrissy Teigen sent a message asking her to kill herself. Courtney, who identifies as gender non-binary, said model Chrissy Teigen did more than just publicly tweet mean things to her Courtney told The Daily Beast that there are messages to serve as proof. 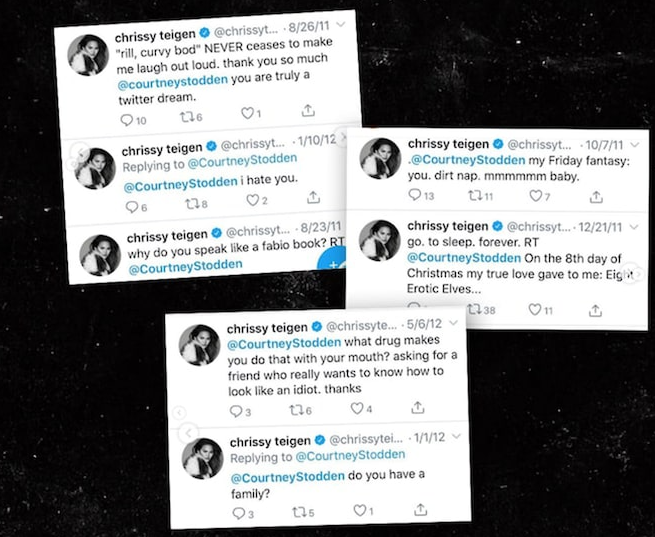 Courtney said Chrissy "would privately DM me and tell me to kill myself." Courtney further claims Chrissy said "Things like, 'I can’t wait for you to die.'" Courtney says the cruelty back then – almost 10 years ago – didn't come from Chrissy alone. Courtney added: "Joy Behar had a field day with calling me a 'slut.' Courtney Love told me I was a 'whore.' People came out of the woodwork to beat up on a kid because she was in a situation that she shouldn’t have been in." By "situation", Courtney was referring to being married at 16 to then-50-year-old actor Doug Hutchison, prompting mockery and ridicule. Courtney's mom signed off on the marriage. 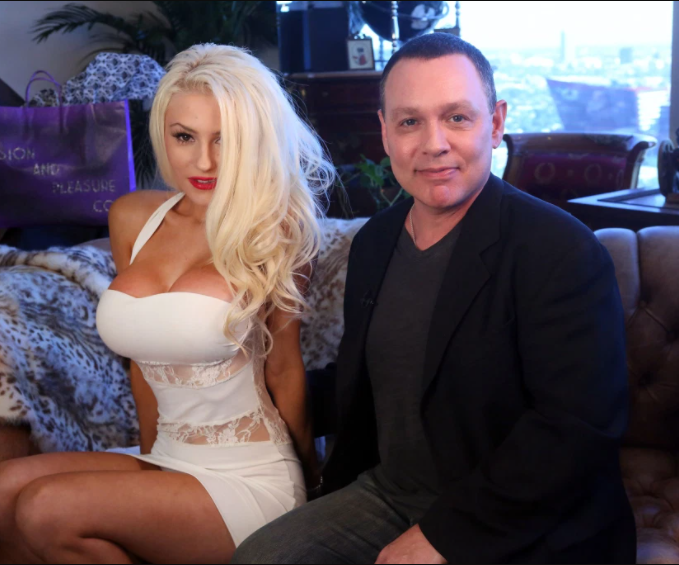 Courtney with then-husband Doug Back in March, when Chrissy Teigen announced she was leaving Twitter because of the negativity, Courtney called her a hypocrite.  Courtney said the same Chrissy spearheaded her own negativity campaign, and never apologized for it. The reality star said blogger Perez Hilton was the only "kind" celebrity who ever apologized for the vitriol. Courtney said: "One of the biggest surprises is that all of the celebrities who shamed me … they have not sought to apologize or sent any kind of love my way. The majority of love and apologies have come from reporters and also people online who tell me that they appreciate me and love me, and that I’m a source of strength for them. And that means everything to me." Courtney Stodden came to fame at age 16 in 2011 when she married a then-51-year-old Doug Hutchison. The couple proceeded to document the ups and downs of their relationship through a series of reality TV shows.The post Singer, Courtney Stodden, claims Chrissy Teigen sent a DM, asking her to kill herself appeared first on Linda Ikeji Blog. Source