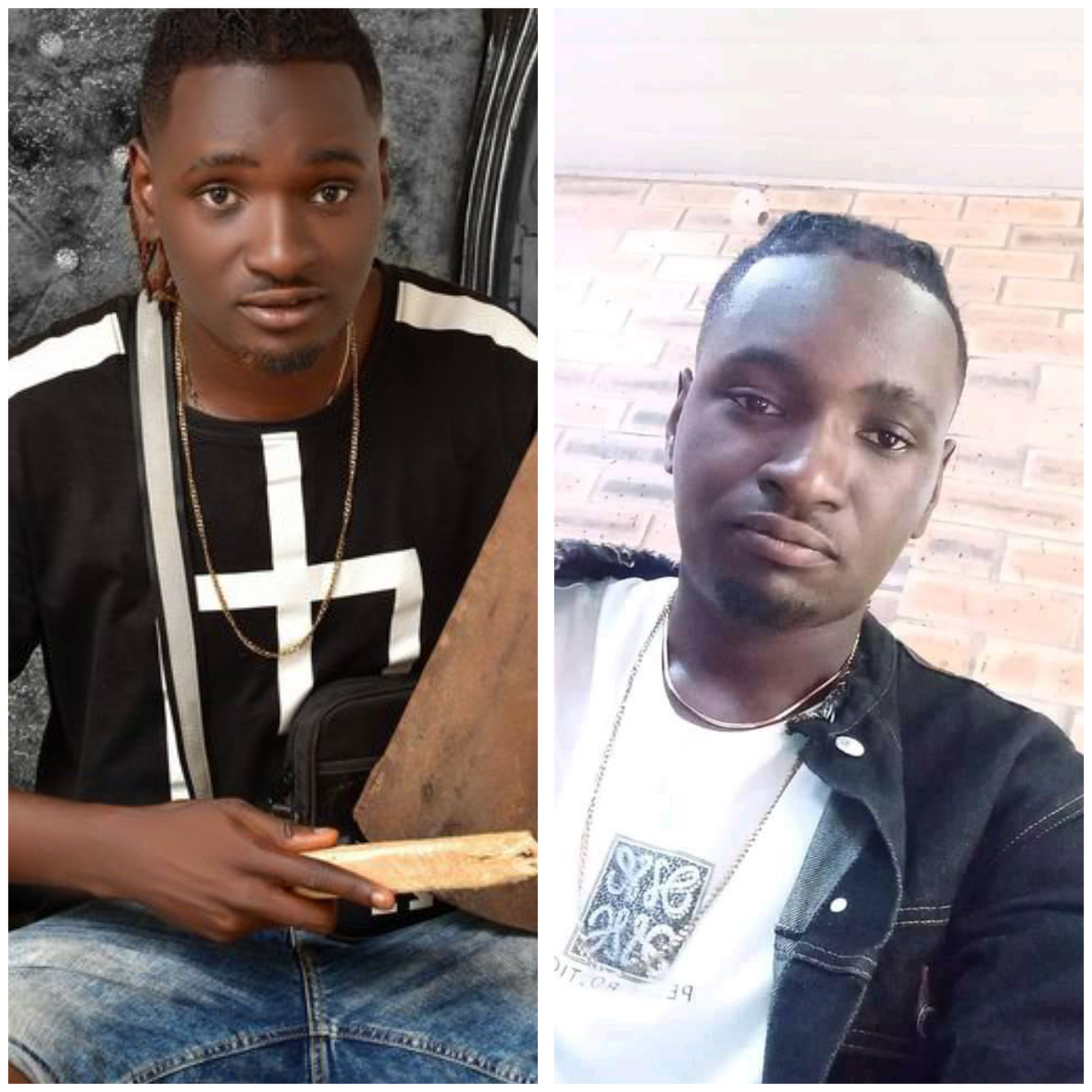 A Nigerian singer known as Ogene Malaysia has been reportedly killed by unknown men in Awka, the Anambra state capital. The deceased, real name, Uchenna Odoh Paul, was reportedly shot dead by assailants suspected to be cultists in Amansea area of Awka North Local Government Area of the state on Friday, April 30.  Details surrounding the incident are still sketchy at the moment. Meanwhile, friends have taken to Facebook to mourn him. Pasqual Oformata, wrote:  "RIP Ogene Malaysia. Awka has turned to something else. Shot dead at Awka" "Uchenna odoh Paul ( Nwanayoeze) A.k.a ( ogene Malaysia) we ur classmates are expecting u on December to our end of the party , uchenna y so soon brother but only God's knows why, UC may ur gentle soul rest in peace" another wrote.  "This life no balance at all, is too hard for me to say goodbye to my main man, my childhood friend, rest in peace Uchenaa rest in peace ogene Malaysia." Chidebere Don Kris wrote. 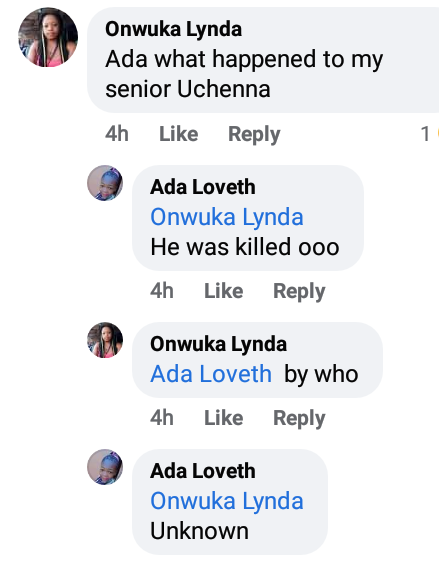 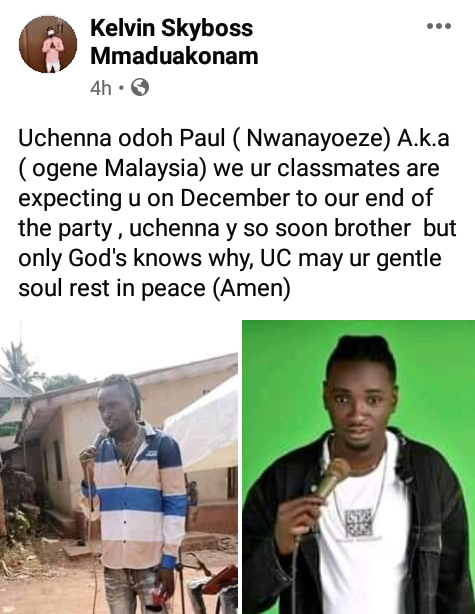 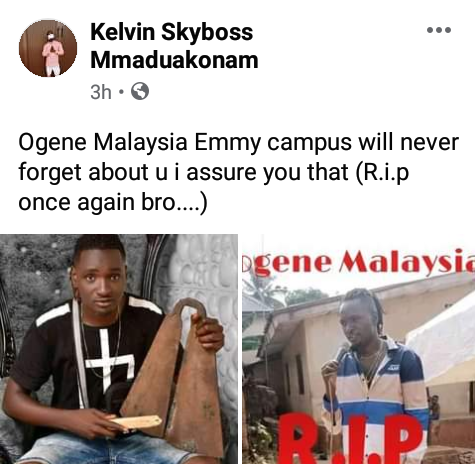 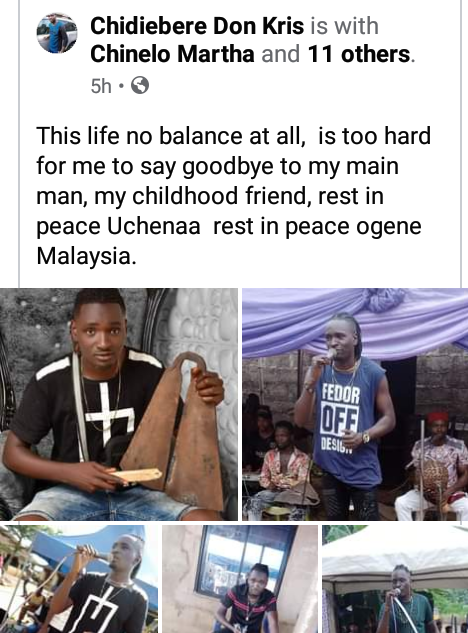 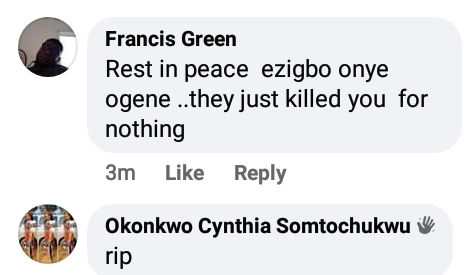 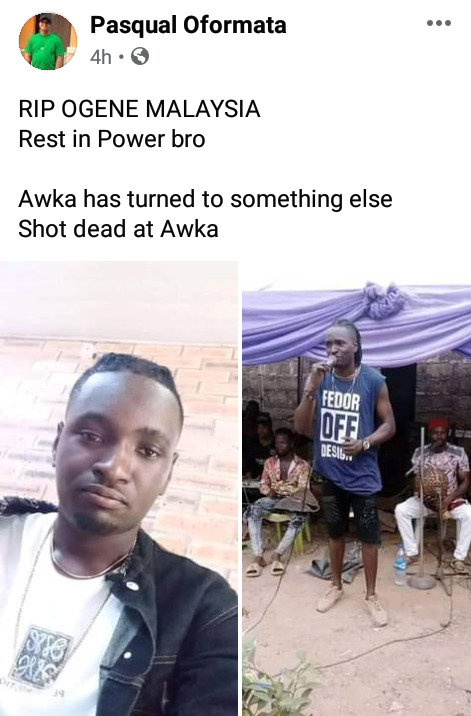