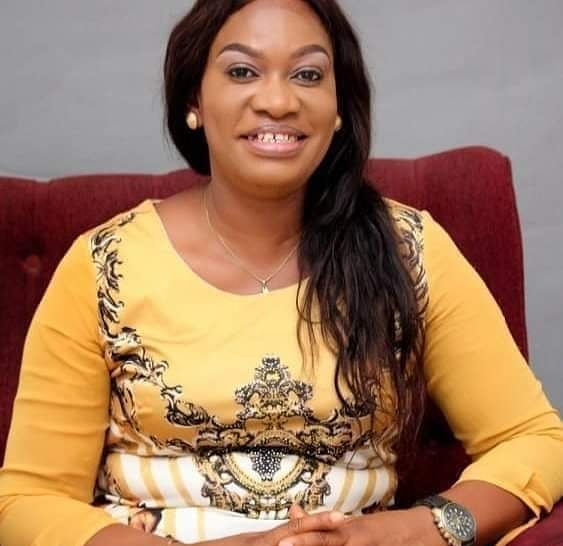 A stray bullet has killed an officer of the Nigeria Security and Civil Defence Corps in Imo State. Mrs Glory Nkwocha was at her house with her family on Thursday, May 6, when a stray bullet from a gun duel between combined security operatives and hoodlums in Orlu town hit her. Mrs Nkwocha was immediately rushed to the Intensive care unit of the Federal Medical Center, Owerri, where she later died on Friday, May 7. Her remains have been deposited in a morgue. The gunbattle also left no fewer than eleven hoodlums dead. Facebook users have taken to Facebook to mourn the deceased. 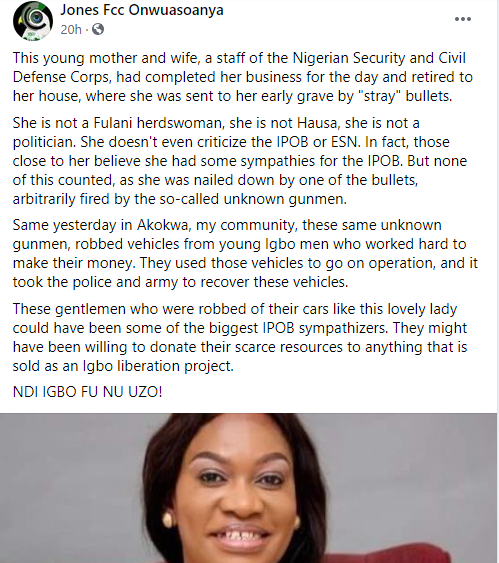 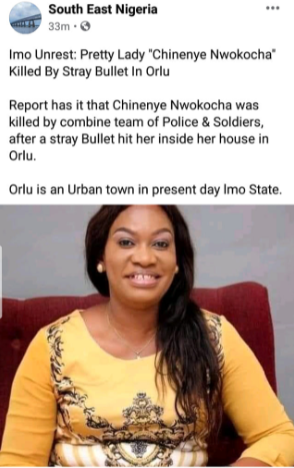 The post Stray bullet kills NSCDC official inside her home during Army and hoodlums shoot out in Imo state appeared first on Linda Ikeji Blog. Source