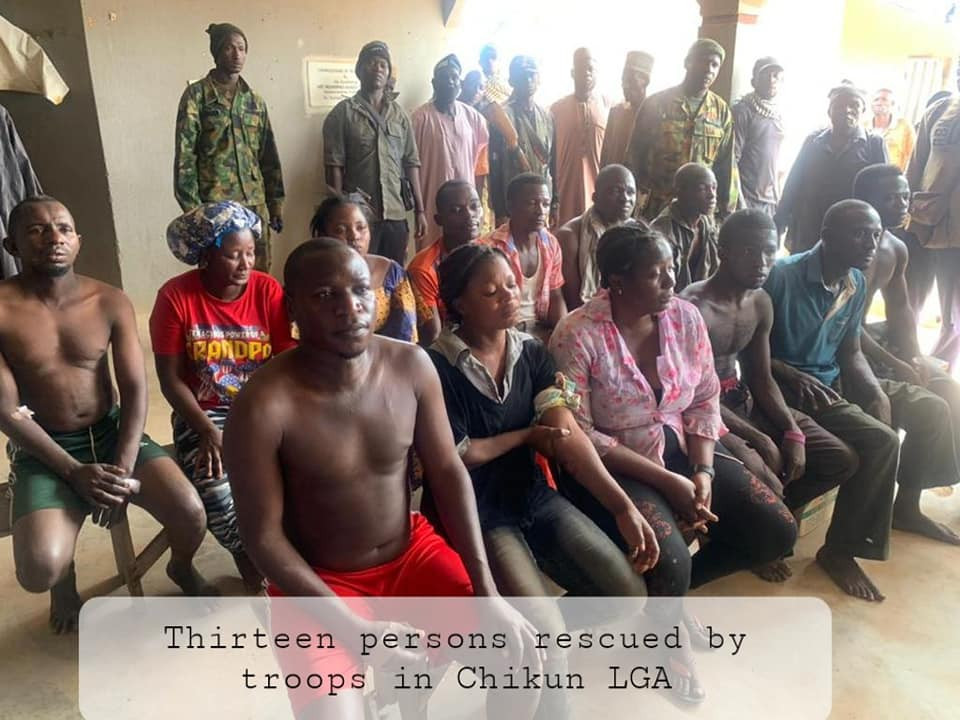 Troops have rescued of 13 kidnapped persons from bandits in Gwagwada, Chikun local government area of Kaduna State. The State Commissioner of Internal Security and Home Affairs, Samuel Aruwan, who disclosed this in a statement on Wednesday, May 5, said the 13 citizens, originally from Dutse, went to work at a farm called Tanadi Farm, which is located around Bakin Kasuwa in Gwagwada general area of Chikun LGA. "They were attacked by the armed bandits in the process. Troops on receiving credible intelligence of the abduction trailed the bandits to a forest near Bana village and there engaged them in a gun duel. The 13 citizens were thus rescued," he stated. 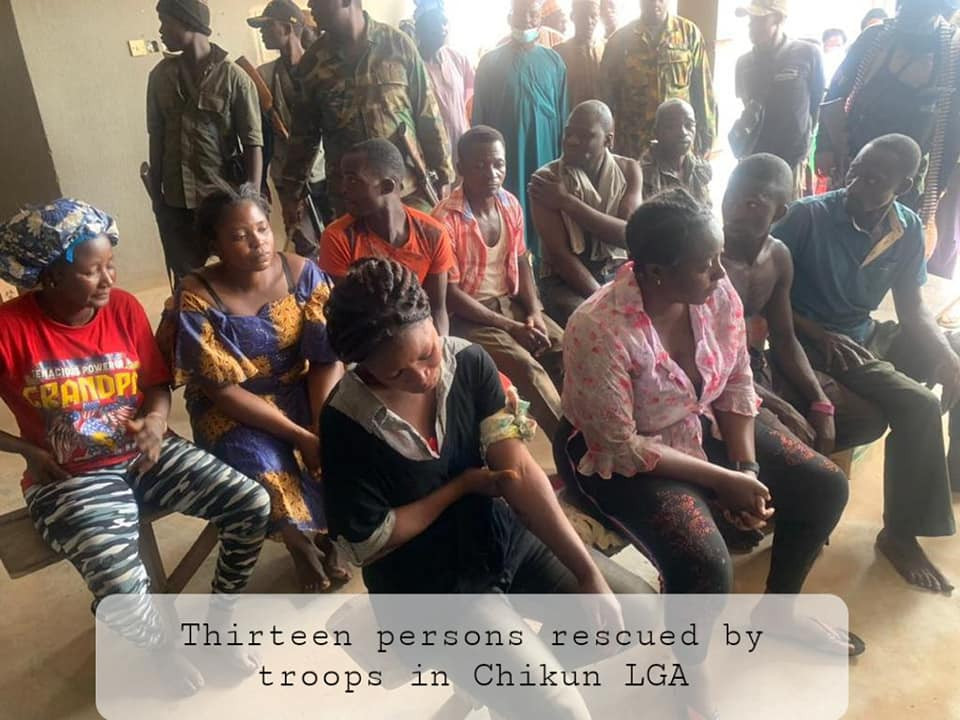 The rescued victims are Kenth Yusuf, Izra Ali, Josiah Luka, Istifanus Suman, Helen Ibrahim, Justina Gofwen, Ibrahim Madaki, Biyaya Yusuf, Sani Bello, Lucy Dada, Anayi Ezekiel, Benjiman Daniel and Musa Usman. After the operations, the troops discovered that the bandits had shot two volunteers before their arrival. The two deceased were identified as Ezekiel Iliya and Nasara Yohanna. The Commissioner said that the bandits also burnt a church and looted some houses in the area. Receiving the report, Governor Nasir El-Rufai thanked the troops and commended them warmly for the successful rescue operation. He also commiserated with the families of the deceased volunteers, and prayed for the repose of their souls. The Governor also extended his sympathy to the leadership and members of the razed church over the unfortunate attack, and directed the State Emergency Management Agency to conduct an immediate assessment of the damage. The post Troops rescue 13 kidnapped persons from bandits after fierce gun duel in Kaduna appeared first on Linda Ikeji Blog. Source