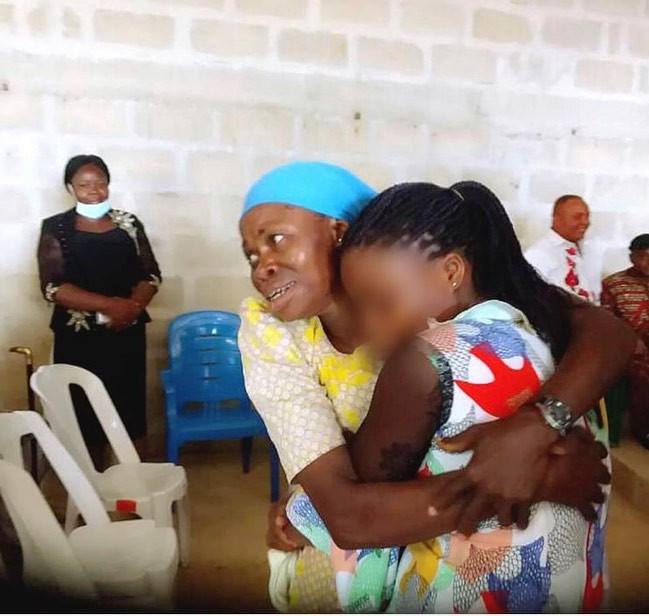 Tears of joy rolled down the cheeks of Idu Uruan people in Akwa Ibom State as their daughter, who was trafficked twenty years ago was rescued, rehabilitated, empowered and reunited with her family by NAPTIP in collaboration with IOM. LIB reported thatt he victim, who was reunited with her mother at the palace of Idu Uruan Village Head in Uruan Local Government Area of the state on Saturday April 24, was taken away at the age of six from Idu Uruan to Benin City by a woman who gave her out to another woman. 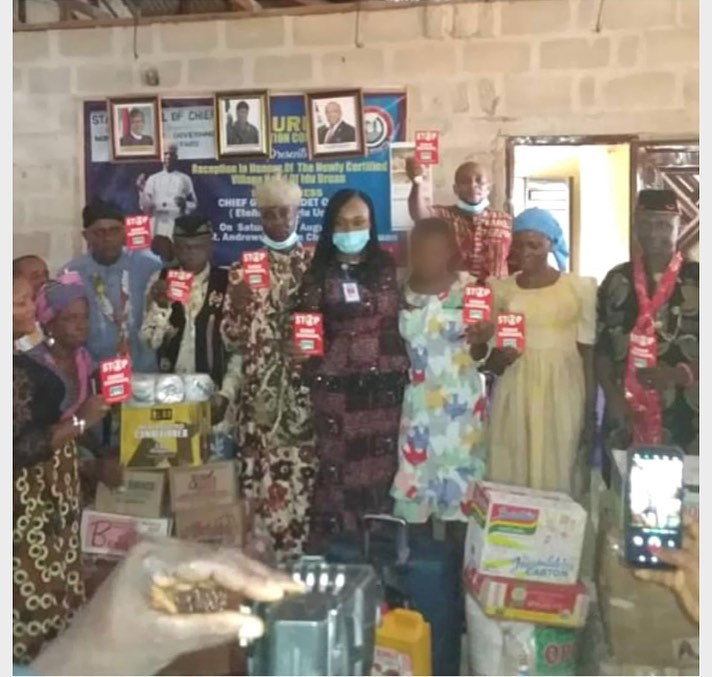 After a thorough search of the victim for twenty years to no avail, the family and community mourned and forgot all about her.  During the reunion, the Director General of NAPTIP Imaan Suleiman-Ibrahim represented by the Zonal Commander NAPTIP Benin Zonal Command, Mrs Ijeoma Esther Uduak, reiterated the DG's commitment in stamping out Human Trafficking, exploitation and abuse of children.  Responding, the Village Head of Idu Uruan, Etenyin Obong Godwin Okoho on behalf of the State expressed his profound gratitude to the President Muhammadu Buhari, the Director General of NAPTIP and the entire management of the Agency. 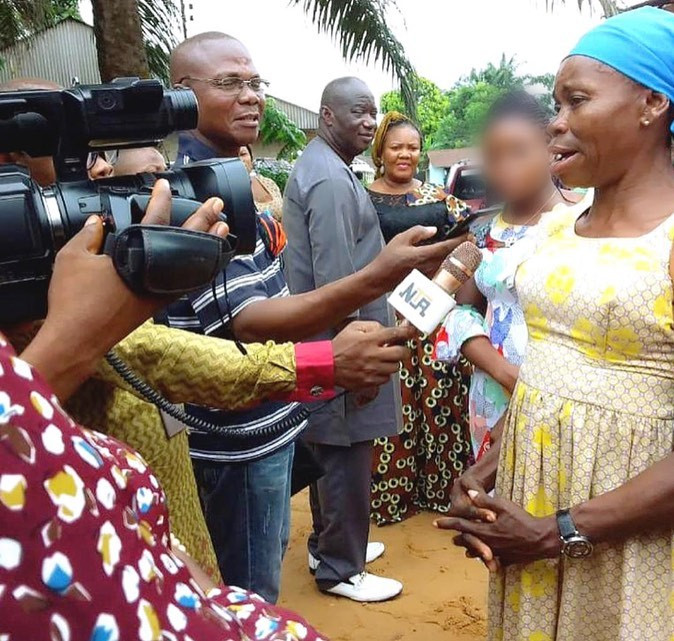 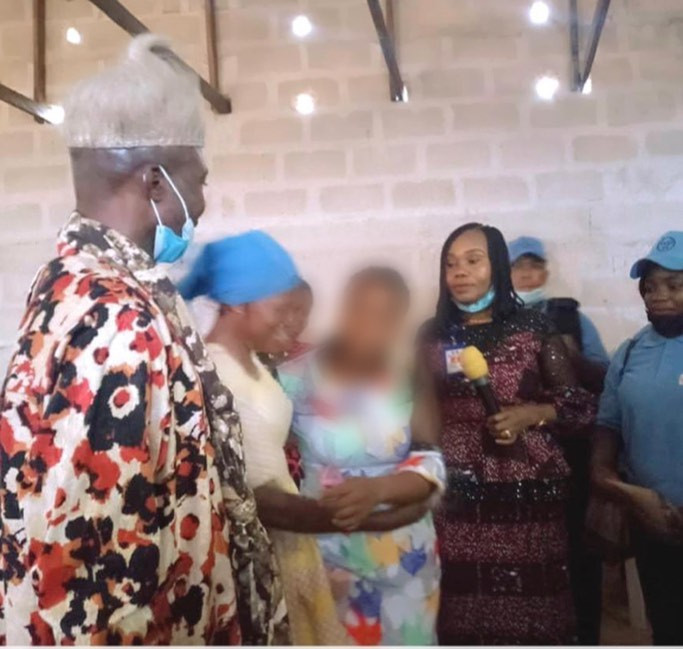