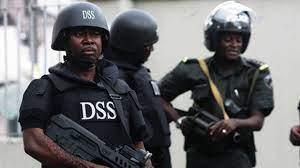 The Department of State Services (DSS) has warned that it will no longer tolerate the actions of “misguided elements” who are threatening Nigeria’s unity and peaceful co-existence. In a statement by DSS spokesperson, Peter Afunanya, the service said it will henceforth, not tolerate those whose aim is to “throw the country into anarchy.” The statement in part reads “While the Service reaffirms its unambiguous support to an indivisible, indissoluble and united Nigerian State in accordance with the provisions of the Constitution, it will no longer tolerate deliberate machinations by subversive and hostile groups whose agenda is to throw the country into anarchy so as to serve the interests of their sponsors.Consequently, the Servcie is assiduously working with other security and law enforcement agencies to ensure the maintenance of peace and internal security of the country.” The post Well no longer tolerate those seeking to throw Nigeria into anarchy – DSS warns appeared first on Linda Ikeji Blog. Source