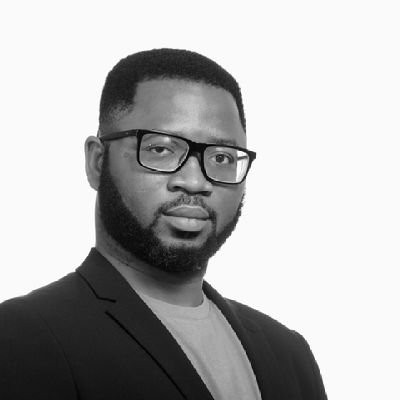 Writer Ayo Sogunro responded to a Nigerian man who accused him of being gay. It started when Ayo on his Twitter handle, mentioned that Nigerians will unite to condemn queer people than condemn government officials.  He wrote;''I woke up thinking of this again. Nigerians will unite to condemn a queer person simply for being queer than unite to condemn a confirmed terrorist sympathiser who has been implicated in a murder.Not the worst homophobes and transphobes suddenly pretending Nigerians are united supporters of the LGBT community. The jokes write themselves on this app.Since many are now suddenly forgetful: LGBT people tried to make a visible stand during End SARS, Nigerians resisted. A man went to Abuja on hunger strike against the SSMPA last month. Nigerians dragged him for days. A few days back, a man was dragged for his 'queer' clothes.The same people who will resist 'gay agenda' are the same ones saying Nigerians don't condemn queer people. Am I living in an alternate reality or is it not this same Nigeria? Clowns.''' A Twitter user saw his thread and asked him to come out to out as a gay man.''Come out plainly…. There are unverified information out there that you sef dey collect from back. Advocate for same sex marriage with your chest'' Responding, Ayo wrote ''And so what if I collect it from back? You should try it, it is pleasant.'' 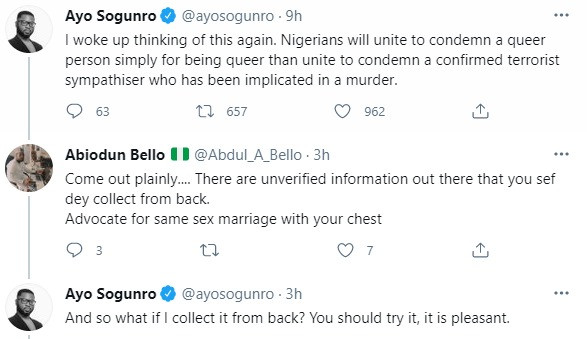 The post ”You should try it, it is pleasant”- Writer Ayo Sogunro responds to man who accused him of being gay appeared first on Linda Ikeji Blog. Source